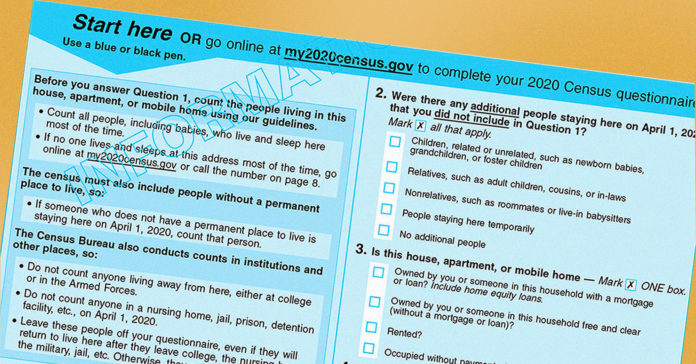 A panel of judges on Thursday declared unlawful President Donald Trump’s directive to exclude people who are in the United States illegally from the census count and representation when apportioning congressional seats.

The decision by a three-judge panel, which could be appealed to the U.S. Supreme Court, is a victory for the 38 states, cities and counties, plus several immigrants rights nonprofits that sued over Trump’s July 21 directive.

The mostly Democratic-leaning plaintiffs, which included the American Civil Liberties Union of Texas and New York state, accused Trump of having an “xenophobic” purpose in pushing a directive that reflected “discriminatory animus” toward Hispanics and other immigrant communities.

They said the Republican president’s directive violated the U.S. Constitution’s requirement to count the “whole number of persons in each state, and could shift a few seats in the House of Representatives, with California, Texas and New Jersey most likely to lose representatives.

In its 86-page decision, the panel said federal law required that one set of numbers be used to count the number of people in the country for purposes of the census and apportionment. It said that so long as they resided in the United States, “illegal aliens qualify as ‘persons in’ a ‘state'” who must be counted.

“The president must act in accordance with, and within the boundaries of, the authority that Congress has granted,” the panel said. “We conclude that the president did not do so.”

“This is a victory for all Texans. Not only does this ruling help ensure that our state has proper representation in Congress and that our communities receive proper federal funding, it also reinforces the humanity of all persons who live in the U.S., regardless of status,” said Edgar Saldivar, senior staff attorney for the ACLU of Texas

The White House and the Department of Commerce, which oversees the census, did not immediately respond to requests for comment.

Lawyers for Trump argued that the president had broad discretion to decide who to count, including a decision that only “inhabitants” with their “usual residence” in a state should be counted. It also argued that any harm was speculative.

The plaintiffs countered that enforcing the directive would cause irreparable harm by dissuading immigrant households from census participation and reducing political power.

Census data are also used to allocate billions of dollars of federal funds.

The office of New York Attorney General Letitia James did not immediately respond to a request for comment.

“This is a huge victory for voting rights and for immigrants’ rights,” Dale Ho, an ACLU lawyer representing the nonprofits, said in a statement. “The law is clear — every person counts in the census.”
The panel consisted of Circuit Judges Richard Wesley and Peter Hall, both appointed to the bench by Republican President George W. Bush, and District Judge Jesse Furman, an appointee of Democratic President Barack Obama.