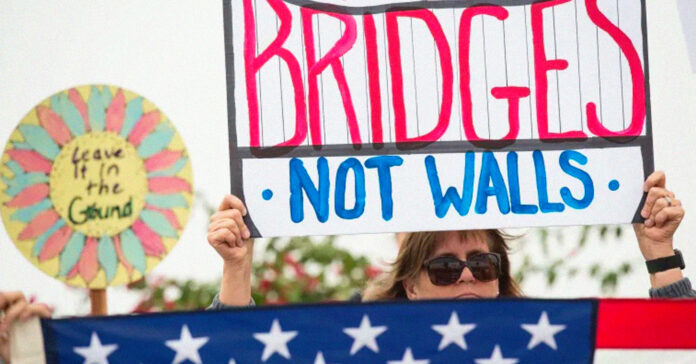 Texas Republicans might not have gotten their giant omnibus bill of voter right restrictions passed thanks to a mass walkout of House Democrats, but they did still manage to get a bill regarding residency for voting signed into law. Now, it’s already being challenged by Latino advocacy groups.

Senate Bill 1111 establishes that a person may not use a P.O. Box or commercial address to register to vote. Only residential addresses count. In addition, registrars empowered to send a letter demanding confirmation to voters. If that letter is not answered within thirty days, the person could be stricken from the rolls.

This law could present a problem for a wide range of voters including Latinos. The Texas chapter of the League of United Latin American Citizens (LULAC) has asked federal courts to block implementation of the bill, which would become active on September 1, saying that it violates the Fourteenth and Twenty-Sixth Amendments. LULAC director Rudy Rosales, said in an interview that the bill is “just another avenue for the state to interfere with people’s right to vote.”

Rosales points out the myriad of problems with this bill and how it could affect Latinos. For one, it penalizes people who may not have long term residences. Only about 27 percent of Texas Latinos own a home, meaning that they are at the mercy of rental property landlords. With the end of the eviction moratorium and Latinos still more likely to be out of work than whites, the loss of an established residence is a serious possibility.

Then there is the letter requirement. Some Latinos are already afraid to engage with the government due to the fact that they may know of at least one person living illegally in the United States. An unexpected letter from the Texas government may go unread or unanswered because of that fear, to say nothing of the possible language barrier. All in all, the law appears made to punish Latinos specifically.

“This type of legislation is as subtle as a jackhammer, they know who is not going to respond, people who can’t speak English, people who have problems dealing with bureaucracy, people who are just naturally scared of the government,” Rosales says.

This would not be the first time that Republicans have targeted voters without a permanent address or who use P.O. Boxes. In 2018, Harris County Republican Party Ballot Security Committee Chairman Alan Vera launched a scheme to challenge 4,000 voters he claimed were not actually living at the addresses they had on file. Texas election law allows any citizen to challenge any other they suspect of voter fraud, and the challenged person is not even required to be notified.

A hard look at Vera’s challenge list showed that he had targeted churches used as places where the homeless could get their mail, youth centers, college dorms, detox facilities, and flophouses run by bail bondmen. All of these are groups that already have a hard time voting, and when they do, they tend to vote Democrat. The penchant to disenfranchise voters who don’t own homes, is a favorite Republican trick that is now even more established thanks to SB 1111.