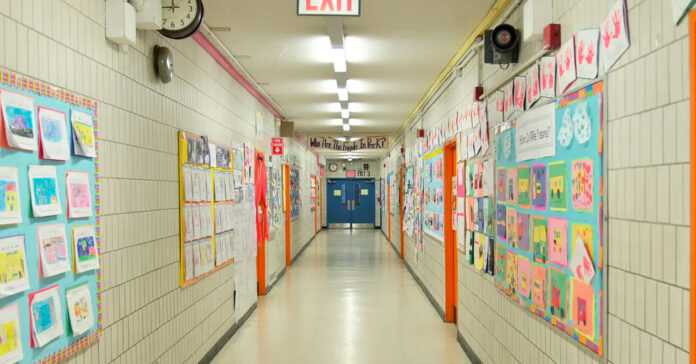 In the ongoing saga of what seems like a never-ending and perpetual session of the Texas Legislature, another drama is playing out within certain committees. In efforts to provide property tax relief, the Texas Legislature is considering public school tax rate compression that could cost the state more than they should be willing to pay.

Testimony was heard in the House Ways and Means Committee yesterday during the third special session on HB 90 and SB 1 -bills that would provide billions in property tax cuts across the state for one year. Lawmakers say they are using surplus funds from state coffers to pass the savings on to taxpayers but others say the money may not actually be a surplus.

In July, Texas Comptroller Glenn Hegar projected a surplus of $7.85 billion for the 2022-2023 fiscal year. According to Hegar, the surplus was due to a strong economy. “The Texas economy rebounded strongly during the spring as vaccination rates increased and the economy opened more fully,” Hegar said, “and we remain optimistic about growth in the near term as the state’s economy continues to return to pre-pandemic patterns.”

But the legislature may not fully understand that the surplus is not as robust as they think, according to Eva DeLuna Castro of the non-profit group Every Texan. Castro explained to the committee that the budget is certified including some revenue that is dedicated for defined expenditures. Castro urged members to “get the report from the Comptroller’s office that says how much in GRD (general revenue dedicated) balances are used to certify the budget” before they vote on either of the bills. Castro said that two years ago it was $6 billion “so the question is, is there any actual balance that’s not in all of these accounts.” In voicing her concerns that tax cuts may rob important accounts, Castro indicated that at least $3 billion is dedicated for environmental purposes.

Other testimony also focused on the feasibility of sustaining tax cuts and expressed concerns about the effects on taxpayers when the tax cuts expire. Amanda Brownson with the Texas Association of School Business Officials testified on SB 1 about concerns that the state would be able to sustain the tax cuts longer than the year indicated in the bill. Brownson also expressed concern about an amendment in the bill which prohibits school districts from holding a tax ratification election on the maintenance and operations taxes for one year. “Frankly, we think that what was written as a one-year ban is really a three-year ban because while they’re legally prohibited in tax year 2022 if the rate pops back up in tax year 2023 we don’t think that a TRE on top of that would be a very good idea for taxpayers.”

Still, others expressed concerns that the bill removes the ability of local communities to make decisions to address educational issues. According to Charles Luke of the Coalition for Education Funding, “We believe this erodes the local control that a community has to address their educational issues for that year. As taxpaying citizens, we feel that we should have the right to call for an election on our M&O rate if needed. Given current circumstances regarding the coronavirus pandemic and economic factors, this need could exacerbated within the year SB 1 covers.”

Some school officials think that if there is a surplus it could be spent in a more effective way than providing a one-year tax cut that provides less than $200 per year in savings for the average homeowner. Robb Welch, the Chief Financial Officer of the Eagle Mountain-Saginaw ISD suggested that the money could be used to address the allocations in the funding formula that are currently being pro-rated like the Fast Growth School Allotment and Formula Transition Allotments that districts need to deal with the issues created by HB3’s (2019) move to current values and continued enrollment growth. “We could also use the money to provide a hold harmless for average daily attendance loss that districts are experiencing as a result of the pandemic,” Welch said. “Or at least for the first six weeks that have been impacted by the COVID Delta-variant.”

Over 60% was cut from the Instructional Materials Allotment in the regular 87th session and this cut could be restored. This is the fund that schools use for textbooks and digital licenses among other curricular needs. According to Welch, “Texas schools have significant textbook requirements over the next four years based on proclamations and student growth. Digital licenses are on par with the same cost as hard print textbooks, so there are no savings from publishers or to instructional materials. When you add the cost of maintaining the infrastructure and computer devices, the ongoing costs of instructional materials have increased.”

Many think that with the uncertain needs of the state in the near future, the limited savings and unsustainability of the tax cuts, and the growing needs of an increasing student population, it may not be a good time to implement the tax rate compression outlined in these bills. Legislators will have to decide.

As it stands today, both HB 90 and SB 1 were left pending in committee.