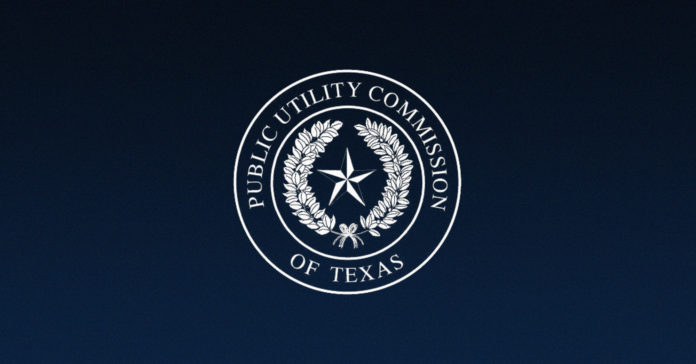 Ever since Winter Storm Uri crippled the Texas electrical grid, there have been two scrambles from the Republican-led state government. The first is to assure everyone that no dreaded federal oversight, regulation, or cooperation will be used to address the failures of the system. The second is to find a convenient scapegoat to blame. In that quest, Republicans rarely bring up that their chosen sacrificial lambs are deeply entrenched in their own political power structure.

The Texas Public Utility Commission is the agency that regulates all the state’s utilities. Its members are appointed by the governor, and even a cursory look at the individuals chosen for their roles show that they are very partisan participants in Texas’ operation.

Chairwoman DeAnn Walker suddenly resigned on Monday after prominent Republicans, including Lt. Governor Dan Patrick, began publicly condemning her performance as head of the PUC. Yet, there is no evidence that Walker’s actions in her role were anything outside of what the Republican leadership that appointed her in 2017 actually expected from her as a leader. Certainly, Governor Greg Abbott appeared to have no qualms about Walker when she served as a senior policy adviser to him prior to her appointment to the PUC. Before that, she had 15 years as counsel to CenterPoint Energy. She has also been a consistent large contributor to Abbott’s political career, donating $7,620 to his campaigns until since 2009.

The failure of the Texas grid is one of fundamental problems in the way the state approaches necessary public utilities, not just one person’s failure of policy. Walker herself spoke eloquently in her resignation letter about the general reticence of the GOP-dominated Texas power structure to actually do anything that would have prevented the disaster.

“I believe others should come forward in dignity and duty and acknowledge how their actions or inactions contributed to the situation,” she wrote. “The gas companies, the Railroad Commission, the electric generators, the transmission and distribution utilities, the electric cooperatives, the municipally owned utilities, the Electric Reliability Council of Texas, and finally the Legislature all had the responsibility to foresee what could have happened and failed to take the necessary steps for the past ten years to address the issues that each of them could have addressed.”

The other two members of the PUC, Arthur D’Andrea and Shelly Botkin, have similar long histories as part of the party machine. Though neither were outright donors to the political leaders of the state, there’s no reason to think that their work has been anything other than exactly what the state wanted from them.

D’Andrea was Assistant General Counsel to Governor Abbott from 2015-2017, and before that an Assistant Solicitor General, where he handled challenges to energy regulations among other duties.

When D’Andrea was appointed to the PUC, he made it clear that he was delighted with the deregulated Texas market. This includes the pricing practices that supposedly save users money when the price of power is low but sent bills into five-digit range during the disaster.

“I am a huge fan of Texas’s restructured electric market,” he said in a 2019 interview. “How much would a typical consumer be willing to pay to guarantee no more than 15 minutes of outages every ten years? Ten percent more? Twenty percent more? And does the additional reliability that those extra power plants provide really impact the customer’s life when squirrels and birds cause scores of minutes of outages every year? We have to answer these questions on behalf of consumers because there is no market mechanism for them to express a preference for reliability.”

Botkin also has a long career in Republican Texas circles, having worked in the Legislature for two state senators and for both the Lieutenant Governor and Speaker of the House. She also served as Director of Corporate Communications and Government Relations for the Electric Reliability Council of Texas (ERCOT).

At times, all three members of the PUC have sought to address the problems in the way Texas manages its power, including the confusing and haphazard way that residents shop for deals in the deregulated market. However, at no time do they ever seem to have been anything but the logical extensions of conservative ideology when it comes to public utilities. Their failures may have been catastrophic, but they were also the logical extrapolations of Republican philosophy in the energy sphere. Abbott and Patrick look very foolish blaming them for doing more or less exactly what was always expected of them.