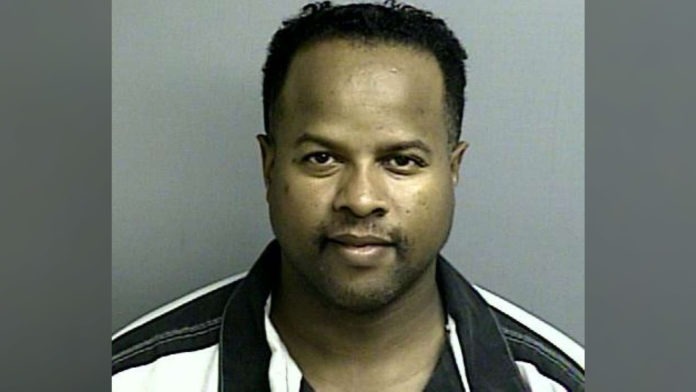 State Rep. Ron Reynolds (D – Missouri City) has turned himself in to serve a year-long jail sentence after being convicted in 2015 of illegally soliciting clients at his law firm, according to reports.
Reynolds turned himself in on Friday after his appeals were denied. Reynolds hasn’t resigned from his seat however, and remains on the ballot for November, meaning he is likely eligible to serve in the Texas Legislature when session convenes in January.
Reynolds was convicted for barratry, also known as “ambulance chasing,” but his ethics and judgment have been in question long before this conviction.  Reynolds had won a settlement after a former client’s daughter died in a car crash, but then kept the mother’s share of the settlement without telling her. He’s also racked up more than $52,000 in fines from the Texas Ethics Commission, far more than the next closest offender.
Without stepping down, Reynolds could still hold office and even run for re-election. The Texas Election Code states only felony convictions require an elected official to resign. Reynolds was charged with misdemeanor crimes, meaning he has the ability to stay in office.
Our lax laws (written by politicians to protect themselves) are not strong enough to keep our government clean.  Reynolds needs to do his time, but he also should resign from his position as state representative. Texans deserve public servants who show up for us, not report to a jail cell.
Do right by your constituents Mr Reynolds.  Resign and let the rest of us go about hard work to Reform Austin.

See Reynolds turning himself in this KPRC-TV news report: https://www.click2houston.com/video/state-rep-ron-reynolds-turns-self-in-to-serve-sentence