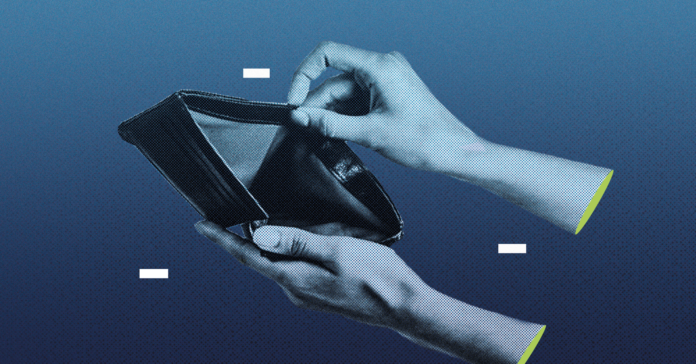 Texas State Comptroller Glenn Hegar said Texas, like the rest of the country, is in a recession that will not end quickly. State lawmakers are burning up his phone with questions about what lies ahead. Within his own department, he has already imposed a hiring freeze and halted salary adjustments.

“It is better to ask agencies to reduce their budgets for a longer duration than a shorter duration,” Hegar said Tuesday morning in a live interview with the Texas Tribune. “You are better to go shallow for long and still attain a significant savings for this biennium and next biennium than waiting six more months and have to go deeper.”

Hegar will release a new revenue estimate for the state’s next biennium after he has a few more months of data on which to base the numbers — probably in July. At this point, however, he said to expect a downward adjustment of several billion dollars.

Two factors are impacting the state’s budget — declining sales taxes and plummeting oil prices. Both are being caused by the economic downturn brought on by the pandemic.

“The needs never go away, and the demands continue to increase with the size of the population” political analyst Nancy Sims said in an interview with Reform Austin. “They will have a very tough legislative session to figure out how to finance state government.”

There has been talk of a change in leadership in the legislature, but Sims said the pandemic favors incumbents, noting the difficulties in campaigning challengers are facing due to stay-at-home orders.

Even if there is a switch in leadership, Sims stressed that the state’s needs will still have to be funded.

“No one in the legislature ever likes to raise taxes, so we’ll have to look for innovative ways to raise funding, which are what I like to call hidden taxes” said Sims.

Heger doesn’t see a need for a special legislative session this year to deal with financial issues. He says he can use money from the state’s $8 billion plus economic stabilization fund to bridge any gaps until lawmakers reconvene in January.

“I can use those dollars for cash flow, if need be, and sometimes we do. We take small amounts out, use them and then transfer them back and pay interest to the ESF with [general revenue]. We’ve done that for years.”

When the legislature does gather, there will be a new speaker of the house. Sims said whoever that person is will need the support of both Republicans and Democrats to get elected. That process can help set the tone for some unity as they get about the business of balancing the budget.