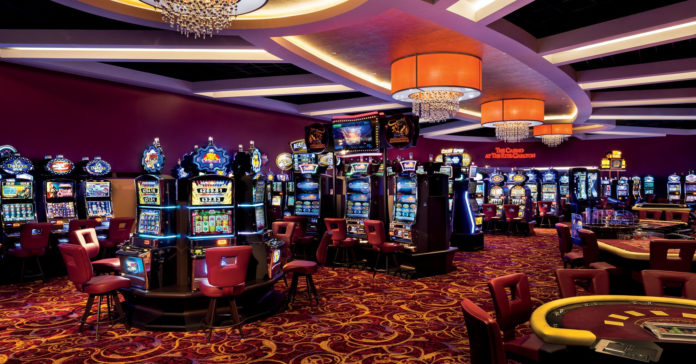 The House State Affairs Committee considered HB 2070 on Wednesday, a bill that would put a constitutional amendment legalizing sports gambling in the state of Texas on the ballot. While the hearing was mostly positive and in support of the action, as the hearing lasted into the evening infighting over the benefits and dangers became more contentious.

State Rep. Dan Huberty (R-Kingwood) began presenting his bill in glowing terms, as was backed up by heavy hitters in the Texas athletics industry like CEO if the Texas Rangers Neil Leibman and Rockets CEO Tad Brown. Liebman especially warned that not passing the bill would lead to decline in team performance.

“The reality is that sports betting is happening illegally right now and it’s important for the state to take control,” he said. “We cannot have our hard-earned dollars sent to other states. I know you all have your favorite sports team, and if we do not support this we will have teams that are not competitive because other teams are getting additional revenue.”

According to Huberty, billions of dollars are already flowing out of Texas due to illegal sports betting, particularly through online sources based offshore. Since the Supreme Court struck down a ban against sports betting in 2018, 26 states as well as Washington D.C. and Puerto Rico have legalized the practice, with 15 more states considering bills that would do so. Huberty wants to level a 10 percent tax on operators to fund education in Texas, particularly special education. The representative himself has three children who have all required special education assistance.

The main thrust of his opening argument that sports betting was already rampant in the state and should be regulated. He pointed out that major newspapers, including the Houston Chronicle, have sports betting coverage despite the fact it is not legal. Through regulation, he made some big promises of increased tax revenue, including up to $400 million. It’s worth noting that the official estimate from the state comptroller is a tenth of that estimate.

Those who opposed the bill included Gary Zimmerman, a former employee of WinStar who says that increasing gambling does not account for the damage that it does.

“I saw many people lose their entire life savings, house, car, job everything. We need some type of backup protections for people,” he said. “There needs to be some type of plan.”

Zimmerman’s points were echoed by State Rep. Matt Shaheen (R-Plano), who dueled with Huberty during closing statements over the social cost of gambling and how taking care of gambling addiction’s victims is not factored into ultimate cost. He also pointed out that states like Colorado and California that have legalized gambling also experienced budget shortfalls.

“My point is that there are lots of states that have shortfalls even after legalizing,” said Shaheen. “The promises about additional revenues have not come to fruition. California legalized, than had to cut education by $970 million.”

Huberty joked that the real reason was that so many Californians moved to Texas, but Shaheen did not take the bait.

“In reality, we don’t talk about the budget increases from homeless or the man who loses and goes home and beats his wife and we end up having to pay to take care of that,” he said.

Opposition to the bill also came from Jennifer Hughes on behalf of the Kickapoo Tribe, who vowed to not support the bill unless tribes were included under the umbrella of protection. The Kickapoo Tribe operates a bingo casino that funds their social programs and being unable to compete with private companies on gambling would cause significant harm to their government. Huberty promised to meet with the tribe to discuss an amendment.

Huberty’s bill received some good-natured ribbing from State Rep. Donna Howard (D-Austin), who noted that HB 2070 had somehow neglected to include women’s sports. Huberty vowed to support an amendment that added women’s teams under the list of approved bets.

One often overlooked area of expanding sports betting, of which the vast majority is done online, is consumer protections. Testifying in support of the bill was lawyer Scott Ward on behalf of DraftKings. He touted restrictions that were built into their systems that prevented underage gambling, as well as setting deposit limits to help adults manage their spending. Under pressure from Shaheen, Ward admitted that a child who used their parent’s phone to place a bet could potentially result in underaged gambling but said that companies would work with parents in those rare instances as they have an incentive to prevent the practice.

The bill was left pending in committee.