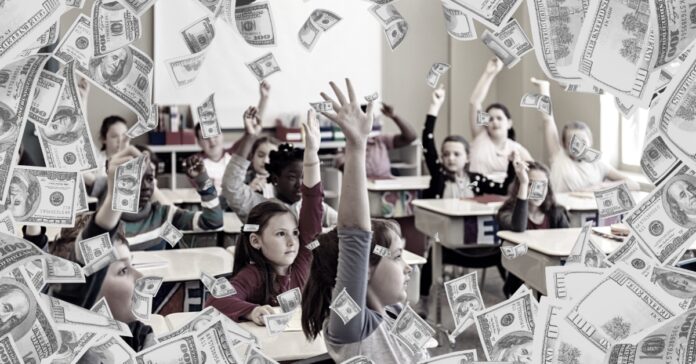 On Wednesday, Texas House and Senate released their base budget for the 2024-2025 biennium. With a “once-in-a-lifetime” opportunity to spend an extra $32.7 billion, and a total of $188.2 billion in funds, both chambers left up for grabs $50 billion in general revenue funds.

However, both chambers are still proposing to spend an unprecedented $130.1 billion in general revenue, and the big question is: where will all this money go?

The discontent among school teachers and employees has been brewing for quite some time, and the pandemic only brought it to its boiling point. With 66% of teachers wanting to leave their jobs in the past year, Texas is facing a teacher exodus crisis. Plus, the Texas Education Agency said they have seen declining enrollment and attendance rates across school districts – affecting school’s funding drastically since Texas schools get funded based on the number of students enrolled and the daily attendance on campus.

With a lot at stake for Texas education, advocates have been lobbying for some of the money to go towards Texas schools and the House base budget appears to have answered some of their petitions.

The last time the legislature overhauled the school finance system was before the pandemic in 2019 with House Bill 3. That provided a “large pay raise” to Texas teachers. However, the bill provided a short-term impact, and while a few teachers did get healthy raises, others didn’t even get enough to cover rising premiums for their district-sponsored health insurance.

Neither of the preliminary budgets specifies a dollar amount for the increased spending on public schools. So the amount of wiggle-room these issues have is still to be determined.

Both chambers also plan on reducing district property tax rates due to district property value growth, allocating an estimated $15 billion for the 2024-25 biennium to the Property Tax Relief Fund. $5.3 billion in general revenue going toward school district compression required by existing laws and 9.7 billion in general revenue for a yet-to-be-decided method of property tax relief — which might also include increasing the residential homestead exemption.

While the House doesn’t say much on increasing the homestead exemption on school property tax, the Senate included money to raise the exemption to 70,000 from the existing $40,000.