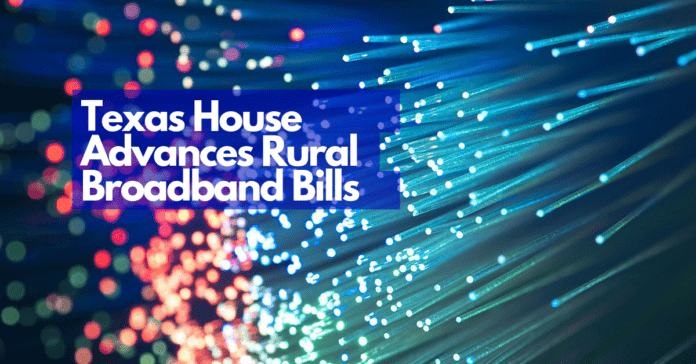 The Texas House of Representatives has voted to advance two bills that aim to rectify the technological chasm in rural communities. The bills came as a result of ongoing concerns that the digital divide was leaving rural Texans neglected without adequate Internet access to education, healthcare services, and economic development opportunities.

According to a recent Microsoft study, fifteen million Texans do not have access to broadband Internet.

The intent is to organize infrastructure and funding for rural broadband projects across the state. The bills indicate a shift in the conservative narrative, in which broadband internet access is regarded as essential, rather than a material comfort. Rep. Charles “Doc” Anderson (R-Waco) authored HB 2422 and HB 2423. “With today’s market and global economy, we have to include rural Texas and give them the opportunity,” Anderson said. “We want to be able to provide telemedicine for those folks.”

Telemedicine – the remote diagnosis and treatment of patients – is growing rapidly because of the ability to virtually bring doctors and nurses to areas with few clinicians. Rural counties suffer distinctly more from a shortage of providers as rural hospitals are closing at a drastic rate. In 2017, Texas lawmakers passed legislation that legalized telemedicine to combat hospital closures and provider shortages, but without access to broadband, rural Texas residents are still left without healthcare. Texas’ maternal mortality rate continues to climb to an alarming degree, notably in rural areas. State Rep. Charles “Doc” Anderson hopes that this is just one element that can be reformed by providing rural Texas with equal access to broadband.