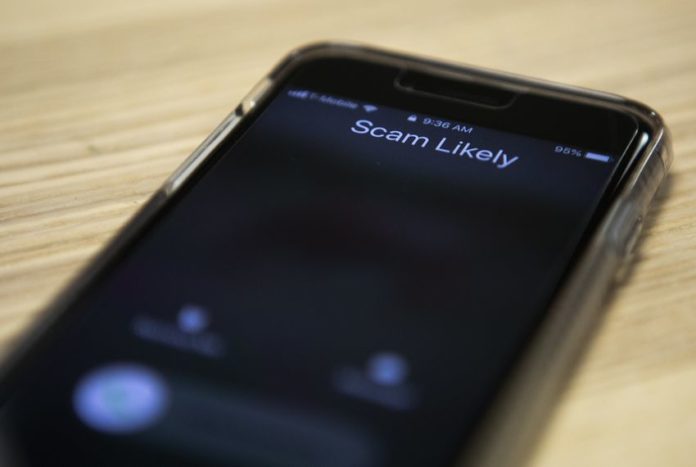 The Texas House gave an initial stamp of approval Wednesday to a bill that aims to prohibit telemarketers or businesses from falsifying their phone numbers.
The measure, House Bill 1992, would prohibit caller ID spoofing — when a caller tampers with information transmitted to people’s caller IDs to disguise their identity.
Under the proposal by Republican state Rep. Ben Leman of Anderson, telemarketers using a third-party source to make calls to the public must ensure the number that appears on people’s caller ID matches the number of the third party, or the number of the entity that has contracted with the third party.
“House Bill 1992 aims to prevent telemarketers from using predatory and annoying tactics by prohibiting them from replicating numbers and misrepresenting the origin of the call,” Leman told other representatives Wednesday.
The measure needs one more vote from the House before it can head to the Senate.
Federal law already mandates that telemarketers must transmit a telephone number and, when possible, a name that matches the telemarketer or business on caller ID. A spokesman from Leman’s office said the bill clarifies that the Texas attorney general may prosecute telemarketing companies that display misleading information on caller ID.
The bill tentatively passed the chamber on a voice vote. It still needs another vote from the House before it can be sent to the Senate for consideration.
The bill would not affect telemarketers who make their name and telephone numbers clear.
When laying his bill out in committee last month, Leman jokingly called his bill the “super duper anti-spoofer bill.”
“The most offensive part of spoofing is that when you go to block the number, they can call you again from one digit off the number they just called from,” Leman said at the time. “The end result is endless calls from telemarketers to your phone and an endless loop of you trying to block numbers.”
Elizabeth Byrne contributed to this story.
This story originally appeared on the Texas Tribune. To read this article in its original format, click here.