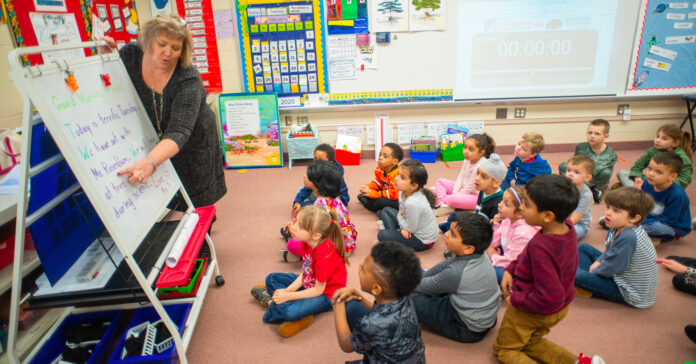 With the Texas House of Representatives now back in session thanks to enough Democrats returning to Austin to form a quorum, the legislature is sprinting to pass Republican primary bills. One of those is House Bill 28 by State Rep. Steve Toth (R-The Woodlands), who is looking to attack “critical race theory” being taught in Texas schools.

To be clear, “critical race theory” is a legal theory primarily used in college-level law classes and is not generally taught as standard curriculum in public schools. Republicans consistently use the term as a catch-all phrase meant to demonize the teaching of racial history often overlooked in texts, such as the founders of the Republic of Texas being partially motivated by a desire to keep slaves when they revolted from Mexican rule.

A previous bill, HB 3979, also addressed how race is taught in schools, has already been passed and signed by Governor Greg Abbott. However, many Republicans felt it did not go far enough, leading to proposed changes to that law being scrapped for Toth’s bill.

Hearings in committee went late into Tuesday night, and it’s clear from the changes that the proposed law would be more interested in preserving white feelings than teaching an accurate representation of history. The new bill would eliminate many of the concessions that were won by Democratic lawmakers on HB 3979, such as mandating the teaching of Native American history, the Chicano movement, and the role of white supremacy in the nation and state over the years.

State Rep. James Talarico (D-Round Rock) attacked Toth at the hearings particularly hard on the subject of white supremacy, asking why the teaching of it was being removed. Toth countered that the current state curriculum already sufficiently covered the issue. That sentiment was echoed by the chair of the State Board of Education, Keven Ellis (R-Lufkin). However, Ellis then had to concede that white supremacy is not actually included in the state curriculum.

The new bill would also ban social studies classes from addressing current “controversial” subjects. This provision, which is likely to be used as a shield against addressing any social issue for which conservatives are willing to loudly argue against regardless of truth, was also part of HB 3979. House Bill 28 would expand the provision to demand teachers not give “preference” to any particular viewpoint. Presumably, this means that those who argued to keep slavery should not be considered as wrong in the matter.

In addition to further gutting Texas teachers’ ability to instruct students on the role race has played in the history of the country and state, the new bill would mandate that schools publish online texts being used in classrooms in a publicly available format on the internet. Most disturbingly, Toth seems to be relishing the idea that doing so will likely open up teachers to widespread, organized harassment in an exchange with fellow Republican Dan Huberty (R-Humble) at the hearing.

“You know, for whatever reason that they disagree with it, they can, you know, vilify Miss Smith on social media and all the other stuff that goes with it,” Huberty asked.