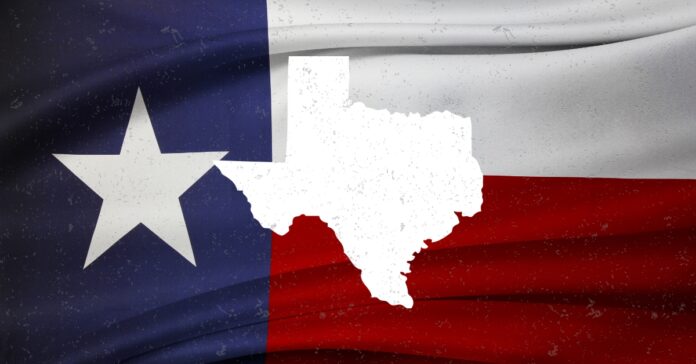 Senate Bill 375, proposed by Republican Joan Huffman seeks to codify into law the Senate maps adopted in 2021, even though the state constitution stipulates that it should not have been done until this week’s 88th Texas Legislative session.

On Wednesday the Texas Senate voted unanimously to consider the bill regarding cementing the changes made last year to the state’s political districts. This effort — is confusingly being taken up even though it had already made the changes last year — based on the census over a year ago.

The adoption of the redistricting process in a special session last year is the issue at hand — as state law requires that the reapportionment take place in the first regular session of the state senate session — once the census info is available.

But because of the Covid-19 pandemic, the 2020 census numbers were not released on time. They were not finalized until after the end of the last regular legislative session on May 31, 2021. The redistricting of the map was instead passed in a special session late that year, despite state law stating that it should occur during a regular session.

Thus, the results of the 2021 GOP-led redistricting increased the Republican majorities in both the Senate and the House — and reduced voting power among voters of color — before the midterm elections.

Two Democratic lawmakers, Sens. Roland Gutierrez of Antonio and Sarah Eckhardt of Austin sued the senate, saying that the special session, rather than the regular session vote, violated the Texas Constitution.

Because the census numbers were not received by the senate until Aug. 12, 2021, according to the state constitution they should not have been used to redistrict senate maps until the first regular session. But the GOP-controlled state senate acted upon the information in a special session instead.

Sen. Joan Huffman, R-Houston, said she was pushing SB 375 “out of an abundance of caution” to meet its constitutional requirement to reapportion districts in the first regular session after the federal census. This effort is carried out every 10 years, which would make them in effect until the next U.S. census in 2030.

Huffman, who led the redistricting committee in the 2021 legislative session, will again lead its efforts this year. “I think this will be a check-the-box exercise,” she said. “I would have liked to have seen in the first go-around a substantive discussion and taking the input of constituencies into account.”

She said the procedure would follow similar rules to those applied last session but would also create the opportunity for “regional hearings” at the Capitol to be streamed on the internet for public access. The public will also have an avenue to testify in those hearings virtually. Those hearings will be held between Jan. 25 and 28.

“This resolution is designed to address the unique nature of redistricting to ensure a fair and transparent process,” Huffman said.

The Senate’s resolution applies only to state senate districts and does not apply to U.S. congressional districts, however. But the House will likely take up the same effort in this session as well.