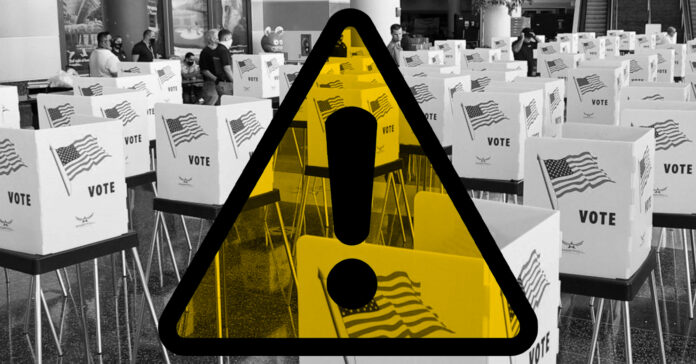 Though the ultimate fate of the massive voter rights and access restriction bill is in doubt with Democratic members of the Texas House holed up in Washington D.C. to deny the chamber a quorum, the Senate has now passed the controversial Senate Bill 1.

Some Senate Democrats have remained at work in the Capitol. Only nine have joined the pilgrimage to Washington to petition the federal government for voter right protections, but it wasn’t enough to deny the chamber a quorum. The bill passed 18-4 along party lines.

Senate Bill 1 is widely regarded as one of the most draconian of voter rights and restrictions being passed by a state legislature even at a time when Republicans across the nation are trying as hard as they can to hold onto power at the ballot box. The bill does away with many innovations that arose during the COVID pandemic, such as drive-thru voting. It also limits overnight voting, protects partisan poll watchers who may intimidate voters, criminalizes unsolicited mail-in voting applications, and shortened early in-person voting times.

There was some backing down from Republicans after harsh criticism. State Sen. Angela Paxton (R-McKinney) stripped out a controversial provision where people who help disabled voters fill out their ballot had to swear under oath what their exact role in the disabled person’s life was.

The bill’s primary author, State Sen. Bryan Hughes (R-Mineola) has steadily walked back some of the more onerous provisions, specifically, the ban on Sunday voting that advocates say would have heavily affected Black churchgoers who often cast ballots in mass trips to the polls after Church on the last weekend of early voting.

“How do we stand here and discuss something you feel so certain about, [you were] just as certain a month ago, and now we’ve got a new bill?” said Sen. John Whitmire (D-Houston) during the debate.

Also in the back of the minds of Democrats is what could happen in the House should the wayward representatives return. During the special session, State Rep. Briscoe Cain (R-Deer Park) stripped out the language in the Senate bill entirely to replace it with his own, more restrictive language. The move was eventually accepted by the Republican leadership in the House and could have backed Democrats into a corner where they no longer had any say in mitigating the damage the election bill could do to voter turnout. There is little reason to think that Cain would not try again should the Democrats return.

Though the bill that has now passed the Texas Senate is in many ways less of a barrier to voting than it was previously, it is still largely an attempt to restrict many demographics of voters from the polls. The calls for election integrity have been largely seen as a smokescreen, with voter fraud in Texas and the country, in general, being a consistently insignificant problem despite repeated claims from former President Donald Trump that his loss was a result of illegal activity. The true reasoning behind SB 1 was let slip by Attorney General Ken Paxton, who admitted that widespread access to mail-in voting would likely have flipped Texas blue in 2020.