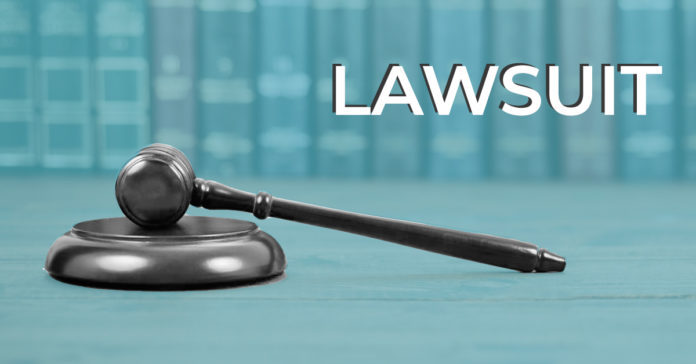 It’s no secret that Texas’ state government is trying to remove the revenue streams of the state’s cities.

The latest effort is a possibly unconstitutional gift to major telecommunication companies in SB 1152.

The new Texas telecom bill isn’t just unpopular, it might be illegal. More than 40 Texas cities have joined a lawsuit to try and stop it from going into effect.

What the recently-bill does is limit the amount of fees that municipalities can charge when companies use public land for their infrastructure.

Previously, separate fees were assessed for cable and phone lines, even if the same line delivered both. Under the new bill, companies will only have to pay the larger of the two fees when a single line is being used.

“My goal is for this to be the worst session in the history of the legislature for cities and counties,” he said.

Presumably, the reason is political, as cities tend to be strongholds for Democratic voters in an otherwise Republican state.

The state has steadily chipped away at the ability of cities to raise money by banning red-light cameras and capping property tax revenue.

The outright assault on municipal revenue has not gone unnoticed. Michael Pagan, city attorney for McAllen, is someone trying to fight back.

“Some people in state government have decided that municipalities shouldn’t operate the way they have for 150 years in this state,” Pagan said.

McAllen is the lead plaintiff in the lawsuit to overturn SB 1152.

“The [state doesn’t] subsidize us. That’s an important point that gets lost,” Pagan said. “They’re taking away the cities’ ability to handle [public services] locally but not providing us any support.”

The loss of revenue is substantial. Pagan estimates McAllen will lose hundreds of thousands of dollars each year.

Irving’s Deputy City Attorney Janet Spugnardi said her city will lose $2.7 million annually to the “blatantly unconstitutional” law. Fort Worth could lose as much as $5 million, San Antonio $7.3 million, and El Paso $2.7 million.

Despite the loss in municipal revenue, telecom companies will still be able to charge customers separately for phone and cable services.

Even as they use those customers’ public lands for less.

The state’s decision to limit the revenue cities can generate didn’t sit well with Spugnardi.“I think Bonnen’s statements speak for themselves,” she said.

The constitutional argument hearkens back to the days of the railroad barons. Back when Texas was closer to 1836 than 2036, voters passed an amendment prohibiting cities from making gifts or grants to corporations.

“It’s a straight-up gift to corporations”

The lawsuit claims that by restricting the fees, the cities are being forced to break that law by handing over a substantial financial present.

“Cities were anxious to get railroads to come to their towns, so they would give all kinds of enticements to the companies,” said Pagan.

“The state decided that wasn’t appropriate. Now they are asking us to do the exact opposite.”

There is no language in the legislation that mandates that money saved be trickled down.

“The fees associated with right-of-way will not affect the rollout of 5G one whit,” said Pagan. “This is about the use of the right-of-way they already have.”

Corporations don’t want to pay for the use of a city right of way, according to Pagan.

Telecom companies have also made it “very, very clear” they aren’t going to pass any savings to their customers he said.

“They’re just going to keep it,” Pagan said. “It’s a straight-up gift to the corporations.”

The city of Houston has chosen to join the lawsuit as plaintiffs but will be using their own lawyers.

The weight of the state’s largest city has added gravity to the lawsuit, according to Pagan.

He attacked the bill because estimates showed it cutting between $17 million and $27 million from the city’s budget per year.

The new Texas telecom bill would also add “uncertainty to our revenue projections,” according to Robinson.

“SB 1152 would require cities to estimate the decisions of multiple companies based on revenue generated in prior calendar years across thousands of cities in Texas,” Robinson testified.

Since the debate over the bill, Robinson has seen his predictions come true. He estimates that Houston will be short $19 million annually thanks to SB 1152.

For a city still recovering from Hurricane Harvey, the loss of about $20 million is a body blow to the budget.

“It is shocking to me that little has been done to make the policy known to Texas taxpayers,” Robinson said. “That the savings won’t be delivered back to them. I find it offensive.”

SB 1152 is just one of the ways Bonnen showed his disdain for cities, according to Robinson.

“It echoes what … Bonnen has said about sticking it to the cities,” Robinson said. “We’re just beginning to see what he meant by that.”