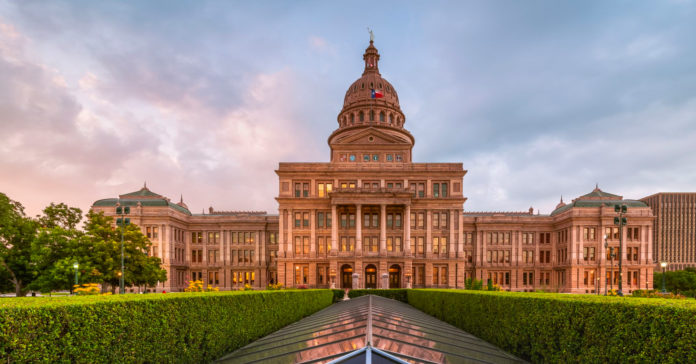 It’s said that democracy dies in darkness, and it’s no secret that many pieces of unpopular legislation try to fly under the radar to avoid public backlash. The Texas legislature’s performance when it comes to transparency remains dismal.

Probably the most egregious case has to do with Senate Bill 7, the omnibus voter rights restriction bill that resulted in a dramatic walkout by Democrats, killing the passage at the last minute. It’s weird to think of a bill that was part of a nationwide push by Republicans and a national news story as happening in the dark, but that’s honestly what happened.

First, State Rep. Briscoe Cain (R-Deer Park) dramatically swapped out the language of SB 7 with his own preferred text from the House version, which was in some ways more draconian and in almost all ways less popular with the public. The move also snuck in racist language toed back to the state government’s attempts to keep Black Texans from voting in the early Twentieth Century.

Then as the clock ticked down to the end of the session, a massive amount of debate started to happen overnight and on the weekend as Republicans desperately tried to shoehorn the bill into law before the buzzer. Journalists and activists were forced to follow live tweet streams at 5 a.m. on a Sunday to see how the future of voting might look in Texas. The fact that the bill would eliminate overnight voting while also trying to be passed in the literal middle of the night was an extra ghoulish bit of hypocrisy. We’ll have to see if similar methods are used when the bill comes up again in the special summer session.

Another series of legislation drives revealed a lack of transparency when it comes to the maintenance of Texas’ power grid. As politicians looked for someone to blame for the deaths and damage that occurred in February when Winter Storm Uri battered the state, it became increasingly clear that most Texans were not aware of who was governing their power or just how entrenched those people were when it comes to the industry. The very fact that the state’s power policy is largely decided by a department named after railroads shows how little transparency is offered to the average voter.

That’s not to say there have been no strides toward transparency. COVID helped more and more interested parties testify in committee meetings thanks to increased remote access, and the ongoing livestreams of sessions through official channels means that voters can watch what’s going on even if the organization of that information could use some cleaning up.

There were also several bills attempted to increase transparency in state government. House Bill 1416 is a minor bill that would better define the concept of a “business day” when it comes to requests for public records. There was a lot of delay in record requests starting in the pandemic as offices operated under skeleton crews. The bill passed the House and was referred to the State Affairs Committee in the Senate.

Senate Bill 1225 had better luck. It clarified how long the government can temporarily suspend requests for public information in the event of a disaster. The bill was signed by Governor Greg Abbot on May 28. Another bill, House Bill 3015, mandated a response to requests even if no records are found as well as training for officials not conducting themselves in accordance with the law.

In general, the legislature has acted to increase Texans’ access to records, though the House under Speaker Dade Phelan appears to be more committed to the idea than the Senate. However, when it comes to major legislation, the governing bodies have tried to sweep massive changes to the lives of residents in with as few questions as possible. It’s all well and good to have more laws making it easier to solicit public information, but what is still missing is public access to priority legislation that doesn’t happen in the dark.