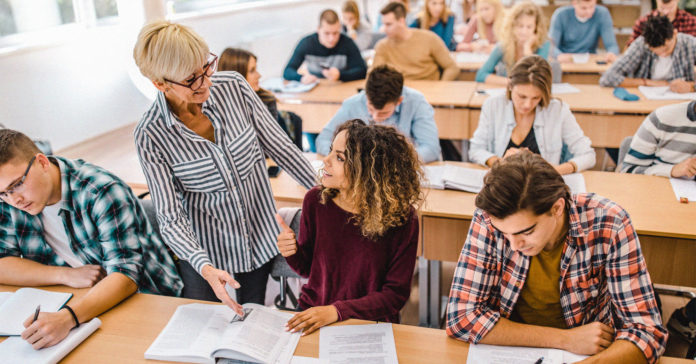 The Teacher Retirement System of Texas is an asset to teachers. Over the course of a teacher’s career, a nest egg is created from the small amounts contributed each month to their retirement benefits, similar to Social Security. And that really matters to them and their family’s financial futures along with how the TRS spends money.

Over the past several weeks, concerns and criticism over an exorbitant Austin lease agreement have brought attention to the TRS and the issue of transparency. The TRS manages retirement benefits for about 1.6 million current and former Texas teachers and school employees.

The agency was planning to spend more than $326,000 per month to use three stories of a new office building, Indeed Tower, in downtown Austin. The Austin American-Statesman reported at the end of January that the TRS disclosed partial costs of its office lease for the upscale high-rise in relation to expanding the investment management division. That was seven months after the American-Statesman first sought the financial details.

The lease shocked TRS members and legislators. The TRS board met this month to negotiate balancing growth in the investment division and leasing expenses.

The controversial lease also alarmed retired educators who were worried about their retirement security, according to the Texas Classroom Teachers Association website.

Because the leasing news became public, board members found a solution. The TRS will continue exploring long-term space planning options and will attempt to sublease the Indeed Tower space while negotiating terms for a new space available at their current building that offices TRS’ investment staff.

In the past, TRS news like this might not have been public information. A 2015 Texas Supreme Court ruling in Boeing v. Paxton blocked public access to how taxpayer money is spent and allowed details of agreements to be unseen by the public. But Texas lawmakers passed Senate Bill 943, contract transparency legislation that strengthens the existing Texas Public Information Act and went into effect this year, the Houston Chronicle reported.

“If Texans are to hold their public officials accountable, access to public information is essential,” Sen. Kirk Watson (D-Austin) said at the time.

The Freedom of Information Foundation of Texas was one of the many stakeholders involved in shaping Senate Bill 943.

“Senate Bill 943 was designed to make many of the basics of government contracts with private entities once again accessible to the public, and the law appears to be doing that so far, for the most part,” said Kelley Shannon, the foundation’s executive director. “We will be watching closely this year to see how the new law is being used and whether it’s having its desired effect.”

Shannon believes that all Texans have a right to know how their public money is spent, and the new law is an important tool for public access to that information.

“We at the FOI Foundation would urge that all the TRS lease information be released, not just some of it. We are talking about public money,” Shannon told Reform Austin in an email.

In response to why the original 2008 lease at 816 Congress happened with the hype, TRS Executive Director Brian Guthrie said that more media attention now than in the past may have also played a key role, the Austin American-Statesman reported.

Ann Fickel, the associate executive director at the Texas Classroom Teachers Association appreciated the TRS Board and staff responding to member concerns by revisiting their options at last week’s board meeting, and wrote in an email to Reform Austin, “It will be important to keep a close eye on the agency’s actions as TRS implements the new strategy, especially with regard to the need to be released from the Indeed agreement or find a tenant to sublease the space. This will be crucial if the new option is to actually provide savings to the pension fund.”

Fickel wrote, “We anticipate that TRS will take to heart some lessons from this incident, including the need for more transparency and better communication with its members, and will be more aware of member perceptions and priorities going forward.”

When it comes to how the TRS handled the controversy, Clay Robison, a spokesman for the Texas State Teachers Association, wrote in an email to Reform Austin, “TRS represents the interests of retired educators who receive very modest pensions and were angered by the expense of the Indeed Tower lease. The TRS board reacted appropriately to the retirees’ concerns. It found an alternative that meets the TRS’ needs and saves the pension fund $9 million.”