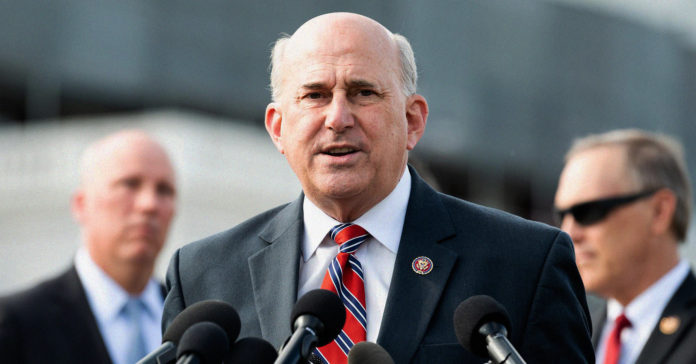 U.S. Rep. Louie Gohmert is known for a long list of selective outrage and displays of anger. The East Texas Republican is adding to his list of controversial moments of outrage by barking against a bill that makes lynching a federal hate crime.

“Lynching is the illegal killing of a person under the pretext of service to justice, race, or tradition. Though it often refers to hanging, the word became a generic term for any form of execution without due process of law,” The Texas State Historical Association website states.

“I have looked two defendants in the eye and sentenced them to death,” Gohmert stated in a speech after being one out of four, in the 410-4 vote, who voted against the Emmett Till Antilynching Act, reported the Dallas Morning News.

After voting, Gohmert said in a floor speech that he couldn’t support a “ridiculous” 10-year prison term for lynching as provided for in the Emmett Till Anti-Lynching Act. Gohmert has long opposed hate crime legislation, the Dallas Morning News also reported.

The historic resolution, HR 35, also known as the Emmett Till Anti-Lynching Act, zipped through the House on Wednesday after a 120-year journey of anti-lynching bills, which for much of that time faced failure.

Congress approved the legislation to make lynching a hate crime under federal law sixty-five years after 14-year-old Emmet Till was lynched in Mississippi, NBC news reported. The bill was introduced by Rep. Bobby Rush (D-Illinois) and was symbolically named after Till.

NBC reported Rush, whose Chicago district includes Till’s former home, said the bill will achieve justice for Till and more than 4,000 other lynching victims, most of them African Americans.

Now that everyone across the nation has their eyes on Gohmert, let’s look back on his disastrous image and controversial proclamations.

In December, during President Donald Trump’s impeachment proceedings, the Daily Beast reported a Texas-size list of topics within Gohmert’s speeches, all proving his obsession with the spotlight and making a scene.

Texas Monthly reported on Gohmert when he took the floor of the house to congratulate President Barack Obama on helping found a “new Ottoman Empire” with his foreign policy.

Back in 2012, the Texas Tribune covered his controversial fits and fusses and stated that in his district he’s quite admired for his values. If you’d like more headline-grabbing moments, here are five more, including his reference to caribou.

Legislation is Past Due

Here in Texas, Austin Mayor Steve Adler stood in the rain one day in 2019 along with other dignitaries at the unveiling of a plaque honoring victims of lynching in Travis County. The Austin American-Statesman reported at the time that, “the African-American victims included 335 in Texas between 1877 and 1950, based on research by the Equal Justice Initiative.”

This week, in response to Gohmert voting against the bill, Progress Texas wrote on Twitter, “His actions are shameful, and Texans deserve better. We must vote him out of office in November!”

Other comments on Twitter had the same mindset. One said that he should be forced to resign for lack of a soul.

The House bill was co-sponsored by U.S. Reps. Filemon Vela of Brownsville, Joaquin Castro of San Antonio, Eddie Bernice Johnson of Dallas and Marc Veasey of Fort Worth, Al Green and Sheila Jackson Lee of Houston, the Houston Chronicle reported.

On the House floor, Jackson Lee said, “Lynching was the most heinous act of intimidation and violence against slaves and those that came after.”

Green took note of how long this legislation has taken and said, “This piece of legislation is more than 100 years in the making. … It’s time, in fact, it is past time.”