Home Texas Legislature What Is Your Legislator Up To? Here’s a Peek at What They...
Facebook
Twitter
Email 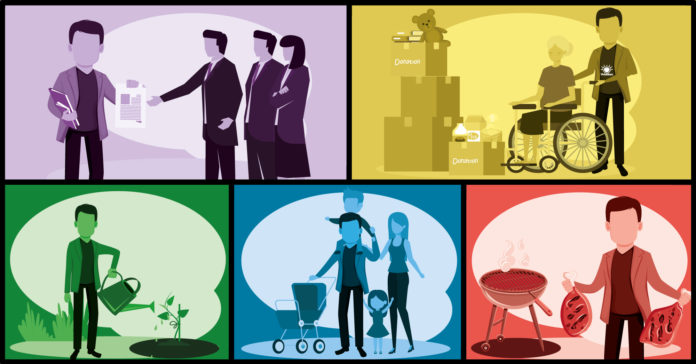 The Texas Legislature, comprised of 150 House members and 31 Senate members, convenes every two years. So what are legislators up to when they aren’t in Austin negotiating the latest legislation?

During the interim, when the legislature is not in session, representatives and senators are still hard at work. Many are busy with committee assignments, developing bills for the next session, meeting with constituents, and even fundraising for reelection.

Committees are formed at the beginning of each regular session to conduct basic business. In the Texas House, each representative is a member of at least one committee, determined in part by seniority and in part by the speaker’s appointments. In the Texas Senate, each senator is a member of four or five committees, determined by appointments from the lieutenant governor.

These committees are tasked with considering and advising on introduced bills. The chair of each committee decides when members will meet and which bills the committee will consider.

Some house and senate committees are given topics to research further and report back on with findings and recommendations ahead of the next regular session. These are known as “interim charges.”

On November 25, 2019, Speaker Dennis Bonnen released his list of interim charges following the 86th legislative session. Committees without interim charges may meet anyway to discuss bills that failed in the previous session and how to improve them for the next session.

Rep. Drew Springer (R-Muenster), chair of the Agriculture and Livestock committee and member of the Local and Consent Calendars and State Affairs committees, has already spent time with his committees.

“Interim charges for the State Affairs Committee regarding the state’s power generation and electrical market are already underway with a hearing scheduled later this month. Also, later this year, I will need to chair the interim hearings for the House Committee on Agriculture & Livestock,” Springer wrote in an email to Reform Austin.

“We’ve got some hearings coming up in March for pension investments and financial services. … He’s worked on pensions his entire time in the legislature. He has a pretty solid command of all the issues for [his] committees. He’s particularly interested in trying to fill the $46 billion hole that is in TRS [Teacher Retirement System], because he’s seen that as an impending crisis that can have catastrophic effects to the state,” said Matt Minor, chief of staff for Stephenson.

Rep. Michelle Beckley (D-Carrollton) meets with her constituents to hear their thoughts on legislation from the session.

“You’re talking with your community and you’re tweaking your bills. You can get a little more detail … you can work on what you’re going to do next session. I’m thinking of next session,” Beckley told Reform Austin.

“I sat down with my chief of police to work out the hemp bill. I’m in the corner of three counties, and every district attorney is doing that bill differently, so we talked about how we can improve that for next session,” Beckley said.

Springer is also working with his constituents on legislation that is important to the people of his district.

“My staff and I are developing legislation for the 87th session based on my travels and conversations with citizens throughout the district,” Springer wrote in an email to Reform Austin.

Often times, bills can be proposed in numerous cycles before being modified enough for a majority approval.

“You meet with all the people again to tweak. Especially when you’re [in your] first term and know what you want to work on,” said Beckley, who just completed her first term as a state representative.

In addition to juggling committee meetings, working through bills, and spending time with constituents, legislators campaign and fundraise in hopes to maintain their position in the Texas Legislature.

When we asked Beckley what she’s up to during the interim, she responded with a laugh, “You mean besides start our campaign over? No, I’m kidding.”

Beckley, who won election to Texas House District 65 in 2018 by a mere 2.4 percentage points, recognizes the importance of campaigning to maintain her seat.

“I love it. I love the challenge of it,” Beckley told Reform Austin.

Beckley, like many other representatives, operates separate district and campaign offices.

“For me, down the hall worked out. Other representatives [told] me that was the best thing to do. I think if you have a competitive district, you’re going to have your campaign office open sooner than the people that don’t have to campaign.”

Springer listed some of the things he’s doing during the interim, which include, “of course, run for reelection.”

Most elected officials continue working day jobs in conjunction with working as a legislator.

“I own a business. I’m lucky that geographically, [my] district’s small. … My business is right down the street from my offices,” said Beckley.

“Phil has a profession. He’s a CPA [Certified Public Accountant]. He still has a practice, so obviously he has to work and pay the bills,” Minor said about Stephenson.

With so much to do, how do legislators find a balance, let alone make time for fun?

“I go on vacation, I like to go to the beach. I tend to just want to be by myself when I’m not around everybody. You have to get that balance. Sometimes I don’t do such a good job at it, I admit.”

“I do get to see my family more, sleep in my own bed more, complete more ‘honey-do’ lists. … I try to hunt with my children and kayak with my wife,” Springer wrote in an email to Reform Austin.

“Phil is a workaholic. He’s either working in his business or working as a state rep,” Stephenson’s spokesperson said. “A good quote from Phil is ‘there’s no such thing as a part time legislator.’”