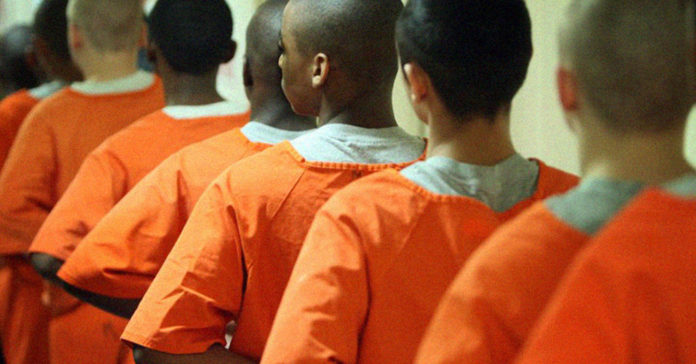 Recent headlines about widespread abuse of the minors incarcerated in Texas’ five Juvenile Justice Department facilities include a range of alleged offenses from rampant gang activity to sexual assault by the guards to one boy having a penis tattooed on his face. There have been calls for reform in the past, but the answer might be to shut the facilities entirely and opt for rehabilitation instead. The Juvenile Justice Information Exchange says half of juveniles in these facilities experience theft and violence while staying in them.

“These problems have been around for a while and they aren’t going anywhere,” says Brett Merfish, Director of Youth Justice at Texas Appleseed, a non-profit Texas justice advocacy group. “The environment doesn’t lend itself to rehabilitation. It’s an environment where kids are often put at risk of future criminal justice interaction.”

At first it might seem like this would be a case of allowing a dangerous—if young—criminal population off without punishment and out into the streets, but that is not what reformers are advocating. Youth crime is down significantly in America. In 2016 there were just 2,553 arrests reported for every 100,000 people aged 10 to 17, down from an all-time high of 8,476 arrests per 100,000 people aged 10 to 17 in 1996 according to the Office of Juvenile Justice and Delinquency Prevention using FBI data. Despite that, America incarcerates more juveniles than any other developed nation.

We are also seeing far fewer referrals to the facilities in part due to the sweeping election of more liberal judges in 2018. In Harris County, the facilities went from overcrowded to under capacity in just nine months following the election, says Merfish.

“The model itself is flawed,” says Merfish. “The facilities are not overpopulated. Each facility has around 200 people. They aren’t close to home, and because of the rural locations they have a lot of staffing problems.”

The data that Texas Appleseed has gathered shows that staff turnover in these facilities is 48 percent, with the notorious Gainesville campus being closer to 64 percent. There has been discussion of increasing wages to attract better, more educated employees to remote locations, but that’s not seen as a long-term solution.

“You hear about staff not being able to leave because there’s no one to relieve them, or staff fatigue,” says Merfish. “There’s also an increase in restraint. We’ve seen an increase in ‘administrative segregation,’ which is a fancy word for solitary confinement. Kids are even referring themselves for their own safety. They’d literally rather sit in a cell by themselves. Between January and August of 2019, 1,419 juveniles were referred to security 9,653 times. Fair compensation will not fix this issue. We’re advocating for closure of the facilities and a shift to smaller facilities closer to home where kids can have familial ties and aren’t in a prison setting. Finding alternative placements is what the state needs to do.”

It’s not a radical idea. State Sen. John Whitmire (D-Houston) has been calling for action in the wake of reporting about the abuses. However, his current proposal is to funnel juveniles to the Bartlett State Jail 50 miles outside of Austin.

Another solution, and the one Texas Appleseed is advocating, is transferring most juveniles out of the detention model to what are called “community-based alternatives.” States like New York and Missouri have also explored use of the model. Instead of prison-like settings, offenders are remanded to probation, community restorative programs and therapies. They can also be kept close to home where they can maintain family ties and avoid isolation.

It is a rehabilitation approach rather than a punitive one, but most evidence suggests that long stays in the juvenile justice system increase the likelihood of further involvement in crime as adults. Programs like Treatment Foster Care and Functional Family Therapy have shown less recidivism than traditional detention protocols. The science suggest that the facilities simply do not work. They only subject the juveniles to abuse and do not significantly deter crime. An alternative to the whole model may be required to fix the system.

“We have to be sure we are not sending kids away for longer than is therapeutic,” says Merfish. “There’s a point where rehabilitation stops and you’re just increasing their likelihood to continue in the justice system. This population feels forgotten and these facilitates increase that. Putting them in these facilities is giving up on them.”