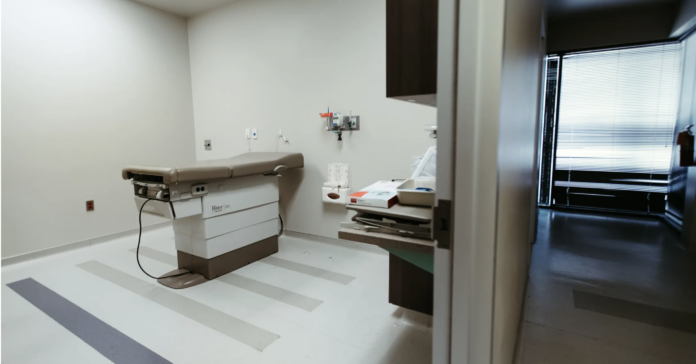 Most registered voters in Texas oppose a complete ban on abortion but are split on the extent to which abortion should be available, according to a June poll conducted by the Texas Politics Project at the University of Texas at Austin.

A February poll found that only around a quarter of respondents wanted abortion laws to become more strict. Texas banned abortions after about six weeks of pregnancy in the fall of 2021.

Under current Texas law, abortion is prohibited even in cases of rape or incest. But polling shows Texans overwhelmingly support exceptions for rape and incest — only 13% and 11%, respectively, said pregnant people should not be able to obtain abortions in those cases.

Renée Cross, senior director of the Hobby School of Public Affairs at the University of Houston, is not involved with the Texas Politics Project but has also conducted polling on abortion policy.

“More helpful polling questions are those that try to get to the nuance, rather than do you support or oppose this one option,” she said.

To that end, the latest Texas Politics Project poll asked registered voters to consider how far along in pregnancy a person should be allowed to obtain an abortion when accounting for different circumstances, including when the person’s health was endangered, the pregnancy was a result of rape or the family could not afford any more children. This is the first time pollsters asked these questions of respondents.

While most Texans support exceptions for rape and incest, some still want to see limitations based on how far along a person is in their pregnancy. Nearly a quarter of respondents want abortions in cases of rape or incest limited to the first six weeks of pregnancy, a point at which many people do not know they are pregnant. Last September, 10 months before Roe v. Wade was overturned, Texas banned abortions after about six weeks of pregnancy, with no exception for cases of rape or incest.

Poll respondents supported more restrictions when asked about abortion in cases where the family is low income, or the pregnant person either doesn’t want to marry or is married and doesn’t want more children. Over 30% of voters said abortion should not be allowed in those cases.

These numbers are mostly consistent over time. The Texas Politics Project started polling registered voters about abortion availability in 2009. A historical look shows voters’ opinions on abortion have not changed much in over a decade.

Jim Henson, director of the project, said that in the years the poll has been conducted, people haven’t had many reasons to shift their viewpoints on abortion.

“Abortion has been a present enough issue that I think most people who have an attitude on abortion have thought on it enough to be pretty fixed on their attitude,” he said.

Blank notes that these attitudes were all developed under Roe v. Wade. Now that it’s overturned, people will be forced to ask themselves new questions about where exactly they stand on the issue of abortion.

“That was all under the framework of Roe v. Wade, which allowed people to develop attitudes,” he said. “The fact that there were clear guardrails around what was and was not allowable in terms of restrictions helped enforce the rigidity of peoples’ attitudes because there was a backstop either way about what the courts would presumably accept.”

Given that opinions on abortion have not generally changed and abortion laws have become more restrictive over time, it makes sense that Texans have increasingly wanted less strict abortion laws, Henson said.

A month before a law banning abortions after 20 weeks was passed in July 2013, the polling project found 26% of voters wanted more permissive abortion laws. By February 2022, a few months after Texas banned abortions after about six weeks of pregnancy, the number had increased to 43%.

“So rather than focusing primarily on ‘do you support abortion rights,’ we went a step further saying ‘this is the law of the land now, so now what do you support.’”

The Hobby School’s poll asked voters to assess potential policies such as whether abortion should be considered a homicide and whether it should be legal for Texans to take abortion-inducing pills obtained out of state. Around 60% of respondents oppose both classifying abortion as a homicide and making it a felony to take abortion-inducing pills from out of state. Around 30% support those classifications, while around 10% said they don’t know.

Blank says he expects politics to play a big role in attitudes toward abortion laws.

“To the extent that both sides are going to seek to mobilize evocative individual stories that promote their policy ends, people will be hearing a lot more about this,” he said.

While Democrats hope to mobilize voters for more permissive abortion laws, Blank foresees a chance for Republicans to rally for more restrictions, too.

“As more organizations crop up to try to circumvent Texas’ laws, that will give conservative legislators the ammunition to go to their voters and say, ‘See, we need to do more.’ I think you could see an uptick in both,” he said.

New abortion laws will affect not only registered voters, who make up the samples of both the Texas Politics Project’s and Hobby School’s polls, but also people who are not registered to vote, including undocumented immigrants.

“I would certainly say for undocumented residents that [the new laws] would make it more difficult just because they will not have the same access to any kind of governmental support, whether it’s free baby items or state-supported prenatal care,” Cross said.

The new laws will affect children as well.

“We’ve already heard about the 10-year-old girl in Ohio who had to go to Indiana to get an abortion,” Blank said. (After this incident, Indiana passed a near-total ban on abortion.) “If [Republicans] don’t think 10-year olds are getting raped and getting abortions, they’re about to find out that there are a lot more than they think.”