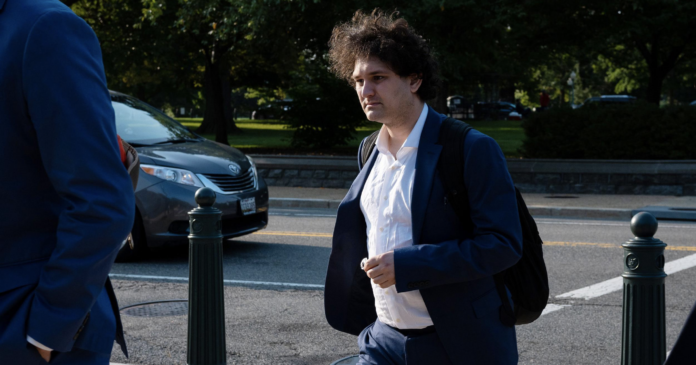 Texas is investigating whether a major digital asset exchange and its billionaire founder have broken the state’s securities law.

Since last week, the Texas State Securities Board has been scrutinizing whether FTX is offering unregistered securities to residents through its yield-bearing cryptocurrency accounts. The investigation is outlined in an Oct. 14 filing for the bankruptcy process of Voyager Digital Holdings, a crypto brokerage firm whose assets FTX won in an auction last month. Texas also started investigating Voyager after it imploded in July.

The FTX investigation also names CEO Sam Bankman-Fried, who is a major supporter of Beto O’Rourke’s campaign for Texas governor. In the latest fundraising period between July 1 and Sept. 29, the crypto billionaire topped the Democrat’s donor list with a $1 million contribution.

Joe Rotunda, the state securities board enforcement director who drafted the filing, told The Texas Tribune that the investigation was not prompted by any complaints. Instead, he recalled noticing that FTX has started offering interest-bearing products to retail investors in the U.S. and wanted to see what a normal Texan would experience in purchasing this type of investment.

And while FTX has not registered to sell securities in Texas, Rotunda found that he could easily join the exchange’s yield-earning program even after listing his Austin address.

“We want to make sure that everyone who invests their money has full disclosure of all the important information and the investor protection mechanisms are in place,” he said.

FTX did not immediately respond to the Tribune’s request for comment. But in a statement to Bloomberg News, a company spokesperson said “we have an active application for a license which has been pending, and believe we are operating fully within the bounds of what we can do in the interim.”

At the end of Monday, Rotunda confirmed that the investigation is still ongoing.

While the board’s investigations can take from days to years, he expects that this will be “on the shorter side” as the agency prioritizes cases in which there are some ongoing business matters. Regulators have also recommended halting FTX’s $1.4 billion purchase of Voyager’s assets until the exchange can clear the investigation.

In the meantime, Rotunda stressed that the agency welcomes working with FTX to bring it into compliance, which means the exchange would have to get licensed to sell securities in the state or find exemptions to registration. He noted that this process is pulling from a framework that Texas regulators have developed from their settlement in February with BlockFi over unregistered securities sales, in which the digital asset lender paid $100 million to settle with federal and state regulators. Texas received almost $1 million from the settlement.

“We want Texans to have the opportunity to invest in what they want to invest in. We want to make sure they’re protected, and that’s why we’re trying to get companies into compliance,” Rotunda said. “The entire goal is to protect Texas.”