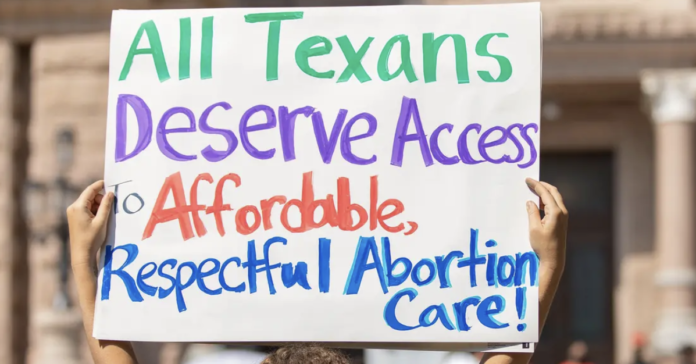 The Justice Department requested the temporary restraining order late Tuesday as part of its lawsuit in the U.S. District Court for the Western District of Texas aiming to overturn the law.

Instead of immediately acting on the request, U.S. District Judge Robert L. Pitman agreed to the state’s request to hear arguments before ruling. If the restraining order is granted, the law’s implementation will be blocked as court proceedings unfold.

The law will have been in effect for one month by the time the hearing is held. The statute outlaws abortions once fetal cardiac activity is detected — which can occur before many people know they’re pregnant. Texas abortion clinics worked until the last minute to finish procedures before the deadline and canceled future appointments. Some have even stopped offering abortions that are still allowed under the law, for fear of being sued.

No court has yet reviewed the constitutionality of the law because of the way it was drawn. State officials and state and local law enforcement agencies are not allowed to enforce the restrictions; instead the statute relies on private citizens to file lawsuits against anyone who may help a person get an abortion that is illegal under the law. Earlier this month, the U.S. Supreme Court refused to block the law from going into effect, citing procedural difficulties but not addressing its constitutionality.

Because there isn’t a clear defendant to name in lawsuits seeking to overturn the law, it’s difficult for a court to issue an injunction to block it. Legal experts say it’s hard to predict how such lawsuits will play out.

Justice Department attorneys wrote in their filing that the abortion law is “in open defiance of the Constitution.” They argued it should be overturned on those grounds, as well as alleging that it interferes with federal interests.

“The United States has the authority and responsibility to ensure that Texas cannot insulate itself from judicial review for its constitutional violations and to protect the important federal interests that S.B. 8 impairs,” the petition read.

It isn’t the only ongoing lawsuit aiming to stop the law. Pitman, a 2014 Obama nominee, is also overseeing a suit filed in district court by abortion providers before the law went into effect. Pitman refused a request from defendants to throw out that case, prompting them to appeal.

The 5th U.S. Circuit Court of Appeals, known as perhaps the nation’s most conservative appeals court, canceled the district court hearing on the providers’ lawsuit and issued a temporary stay on the suit, keeping it in limbo since late August. The lawsuit would return to district court if the stay is ended.