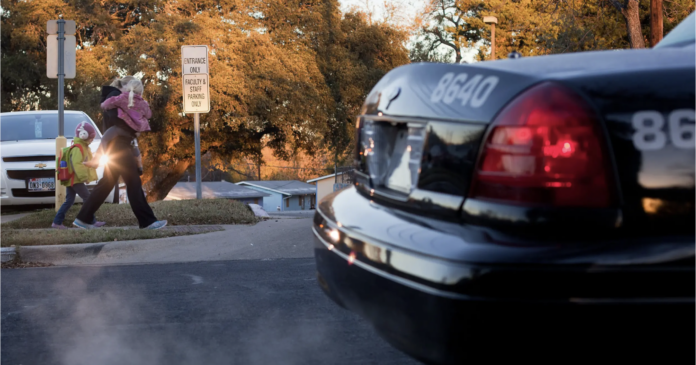 The mandate was one of several the governor laid out in a letter to school security authorities in an effort to ensure district emergency operations plans are solid and school buildings are protected in the wake of the Uvalde school massacre that left 19 children and two adults dead.

“The State must work beyond writing words on paper and ensuring that the laws are being followed; it must also ensure that a culture of constant vigilance is engrained in every campus and in every school district employee across the state,” he said.

Clay Robison, a spokesperson for the Texas State Teachers Association, raised concerns about whether a person conducting unannounced drills puts themselves at risk to be attacked by someone on campus who sees them as a real threat.

“If it really does mean breaking into a school, it could be an accident waiting to happen,” he said, adding that he thought Abbott’s latest school proposals were “just another way to avoid addressing the issue of doing something about too many guns in the hands of the wrong people.”

“It’s a recipe for an accident if there is not some coordination between the local campus or ISD and whoever’s conducting the audit,” Holmes said.

“So you want grown men to show up to schools unannounced and try as hard as they can to find a way in?” Bernal wrote on Twitter. “This is a terrible idea.”

The Texas School Safety Center, located at Texas State University, was launched in 1999 in the wake of the Columbine school shooting and authorized by the Legislature in 2001. It was created to serve as a clearinghouse for school safety and security information, training, assistance and applied research for Texas’ K-12 public schools, charter schools and community colleges. It receives funding annually within the state budget, as well as through state and federal grants to provide training and resources on everything from anti-tobacco campaigns to active-shooter threats.

It’s unclear if the Texas School Safety Center has conducted such security audits before or whether the school districts will be notified they are being audited beforehand.

The center did not answer emailed questions. In a statement, a spokesperson said they received the letter and that the center “is designing a program and action items to specifically address the governor’s directives within the prescribed timelines.”

State leaders also did not answer clarifying questions as to whether districts would be alerted of the audits beforehand.

“This is a new, enhanced level of audits,” Renae Eze, Abbott’s spokesperson, said. “Until now, the [Texas School Safety Center] has been conducting reviews of school districts emergency operations plans, following the passage of SB 11 in 2019. This is an audit of the implementation of those plans, specifically targeted to access control procedures.”

A spokesperson pointed The Texas Tribune to the safety center for more information.

The Texas Education Agency flagged that the Texas School Safety Center has a toolkit for districts to audit their own security practices, which state that facility staff should be unaware of the assessment and it should be unannounced.

“It is highly suggested that a member of the law enforcement jurisdiction and a district level administrator be notified of the assessment in the event someone calls in from the school, facility, district, or community in response to the intruder,” the toolkit states. The TEA did not immediately answer questions about its role in these audits and whether the agency has conducted similar audits before.

In addition to the random security audits, Abbott requested that the center conduct school safety reviews of all Texas public schools.

He instructed the center to alert each school district that they must meet this summer to review their emergency operations plans, including each district’s active threat plan, to ensure all staff and substitutes are trained on the plans and to conduct an assessment of building access points, including single-access-points protocols, locked instruction room door policies, visitor check-in rules, the effectiveness of exterior door locks and more by Sept. 1. The center will present findings to the governor by October.

Abbott also called on the center to make recommendations to the Texas Legislature to determine necessary funding or possible improvements to “continue the work of hardening our schools against outside threats.”

Abbott and other state leaders adopted similar rhetoric on improving school security in the wake of the 2018 school shooting in Santa Fe, southeast of Houston, though experts say there is no indication that the security measures most often promoted by public officials — including locked doors to the outside and in classrooms, active-shooter plans and security cameras — have reduced gun violence in schools.

In 2019, state lawmakers passed a package of school security laws including a law that gave the school safety center the authority to audit the school district’s emergency operations plans.

Under that law, if a school district does not satisfactorily submit an emergency operation plan, they must notify the community in a public meeting. If they do not hold such a meeting, the TEA can take over school leadership, according to Abbott’s letter.

Abbott’s letter comes the same day that he instructed the Texas Legislature to form special committees to make legislative recommendations in response to the Uvalde school shooting, stopping short of calling for a special Legislative session to consider possible legislation before the next session in 2023.

Senate Democrats and a few Republicans have called for a special session.

Disclosure: Association of Texas Professional Educators and Texas State Teachers Association have been financial supporters of The Texas Tribune, a nonprofit, nonpartisan news organization that is funded in part by donations from members, foundations and corporate sponsors. Financial supporters play no role in the Tribune’s journalism. Find a complete list of them here.