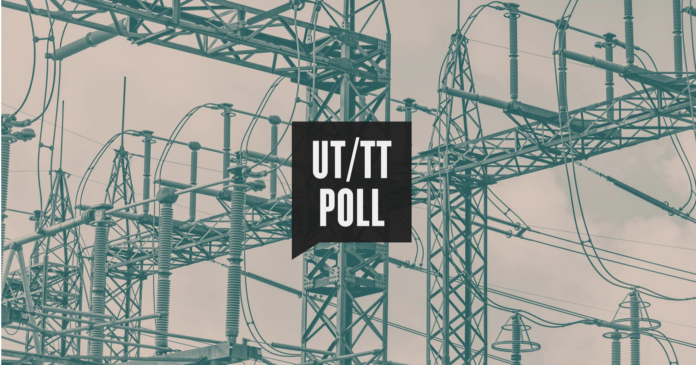 In an October poll of 1,200 registered voters, respondents expressed major disapproval for the state’s handling of the reliability of the main power grid after statewide power outages in February left millions of Texans without power for days. Only 18% of voters approved of how state leaders handled the issue, and 60% of voters disapproved. Even lawmakers themselves have expressed frustration that the laws they wrote to prepare the power grid for extreme weather haven’t led to enough preparations ahead of this winter.

“The lurking uncertainty and doubts about the electricity grid [are] a mine waiting to go off,” said Jim Henson, co-director of the poll and head of the Texas Politics Project at the University of Texas at Austin. “If there’s another even moderate infrastructure problem in the state in the grid or service delivery writ large that can be connected with the February outages and the failure of the Legislature to respond in a way that people expect it to be effective, it’s a real political problem for incumbents.”

The internet survey was conducted from Oct. 22-31, a few days after the conclusion of a third special legislative session, and has a margin of error of +/ – 2.83 percentage points. For now, that special session wrapped up nearly 10 months of frantic activity at the Legislature, which passed laws that loosen gun restrictions in the state, severely restrict abortion access and double down on state spending on border security.

According to the poll, 39% of voters approved of how state leaders have handled abortion policy while 46% disapproved. Lawmakers this year passed the most restrictive abortion law in the nation, barring the procedure before many people know they are pregnant.

Only 20% of voters said they approved of the Legislature’s handling of property taxes, while 46% said they disapproved. The Legislature has tried for years to cut increasing property taxes for homeowners across the state, but voters see only minor reductions in their bills.

Voter disapproval for the state’s handling of the issue increased from June, when pollsters at the University of Texas last asked about the issue after the Legislature’s regularly scheduled five-month special session.

The state’s handling of property taxes was unpopular across the political spectrum, but disapproval increased the most among Republicans. In June, 33% of Republicans disapproved of how the issue had been handled. By October, that share had grown to 43%.

During the final days of the most recent special session, lawmakers approved placing a higher homestead exemption on next year’s ballots that would amount to about $176 in yearly savings for the average homeowner. Voters would still have to approve that change.

But Henson said voters don’t appear convinced by the minor effect on their tax bills.

On immigration and border security, 41% of voters said they approved how state leaders handled the issue while 44% disapproved.

While voters overall disapprove of the state’s handling of abortion policy and immigration and border security, Republicans who lead the state have broad support among their base on those issues.

Among Republicans, 73% of voters approve of the state’s handling of immigration and border security and 67% approve of its handling of abortion policy. Democrats, for their part, disapproved of the issues by 74% and 78% respectively.

In particular, voters had net approval for Gov. Greg Abbott using state money to add border barriers between Texas and Mexico, with 53% approving and 40% opposing. More than 90% of Republicans approved of that use of state money.

Henson said the issue’s popularity likely means voters next year will hear more from Republicans about border security and immigration than about property tax cuts.

Blank said there was a “significant decline” in how independents evaluated the state’s handling of immigration since June, when 26% approved and 33% disapproved.

“What exactly is driving this among independents who are generally defined by their lack of attention to politics, we can’t know,” he said. “It’s hard to say, but it’s something to keep an eye on.”

A plurality of 47% of voters opposed banning abortions after about six weeks, as the state’s new law does, and 45% approve. Fifty-seven percent of voters oppose the law’s provision allowing private citizens to sue people they believe helped someone obtain an abortion, including 35% of Republicans. Only 30% of voters said they approved of that portion of the law. If the plaintiff wins such a lawsuit, the law allows that person to be awarded at least $10,000, as well as costs and attorney fees.

“The idea of bounties and the problems with having private enforcement of public laws of what are seen currently as constitutional rights strikes at least more people as problematic than the actual law itself,” Blank said.

Overall, the polls showed an uptick in approval of how the state has handled abortion policy since the last time voters were polled on the subject in June. Then, 32% of voters approved and 42% disapproved. Blank said that was marked by an increase in approval from Republicans as more voters learned of the state’s new abortion law, which was passed in May.

Blank said that differences among age groups reflect how the state’s younger residents are more likely to be people of color.

“That is the leading edge of the changing demographics of the state, so really that is the group that should be more optimistic,” he said. “Conversely, the over 40, over 50, over 60 population in Texas is significantly more white, and so they’re looking at a Texas that is going to be very different from the one that they were in growing up, so it’s not surprising to see more reticence toward that among that group.”

The poll showed broad support for gun rights, with 46% of voters saying they approved of how the state had handled Second Amendment rights and 32% saying they disapproved. But when the questions became more specific, voters began to show disapproval for the state’s handling of gun violence and a recently enacted law that allows legal gun owners over the age of 21 to carry handguns in most public places in Texas without a permit.

While 51% of voters say Texas state government serves as a model for other states to follow, 42% of voters disagree with that statement. Moreover, that number has steadily dropped over the last decade. In February 2010, nearly 60% of voters said Texas served as a model, while only 31% disagreed.

Disclosure: The University of Texas at Austin has been a financial supporter of The Texas Tribune, a nonprofit, nonpartisan news organization that is funded in part by donations from members, foundations and corporate sponsors. Financial supporters play no role in the Tribune’s journalism. Find a complete list of them here.