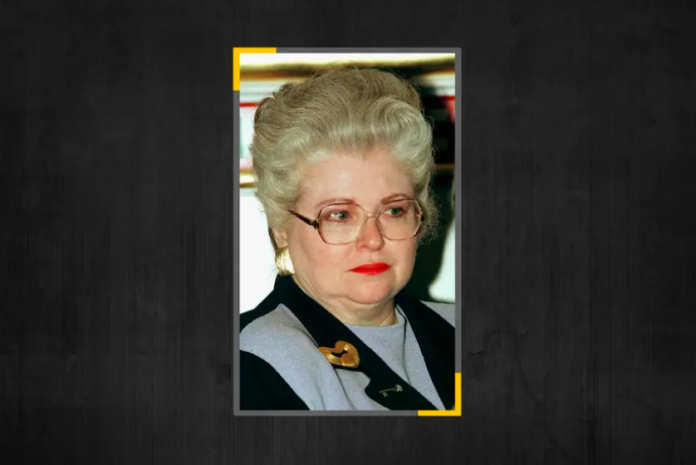 Sarah Weddington, the attorney who argued the landmark Roe v. Wade case in the U.S. Supreme Court that legalized abortion nationally, has died, according to a statement from her family provided to The Texas Tribune by Susan Hays, her friend, mentee and former student.

Weddington, a former member of the Texas House of Representatives, was 76 and had a series of health issues in recent years, Hays said. She was found unresponsive in her Austin home early Sunday by her assistant, Hays said. The official cause of death is not yet known.

“Her passion for reproductive freedom was matched by her compassion for our neighbors,” U.S. Rep. Lloyd Doggett, D-Austin, said in a written statement. “She shows the tremendous impact that one determined woman can make. With Sarah gone, it is more important than ever to ensure that the fundamental constitutional freedom for which she secured recognition from our highest court is not also gone.”

Weddington was born in Abilene and attended McMurry University in her hometown, graduating at 19 before studying law at the University of Texas at Austin.

She filed Roe v. Wade in 1970 when she was working for a law professor shortly after graduating from law school. Her client was Norma McCorvey, a 22-year-old who wanted to end her pregnancy. McCorvey’s lawyer introduced her to Weddington and Linda Coffee, another recent law school graduate who, like Weddington, believed that Texas’ law banning abortions was written vaguely and violated a woman’s right to privacy.

Weddington argued the case in front of the U.S. Supreme Court twice and won both times.

In the early 1970s, Weddington turned to politics and ran for the Texas Legislature, winning a seat in the House in 1972. At the time, Hays said, Weddington was attacked as a “long-haired hippie,” and started wearing her hair in a bun to appear more conservative.

In her first legislative session, she successfully passed a bill reforming Texas’ sexual abuse laws and providing legal protection to rape victims, legislation she worked on with fellow House memberKay Bailey Hutchison, who would later become a U.S. senator. In a statement, Hutchison said she was sad to learn of Weddington’s passing and remembered working with her on that legislation.

“Our law became the model that was adopted in states throughout the country,” she said.

In 1975, Weddington was called one of the best state legislators by Texas Monthly.

“Her feminist principles lead her into hopeless battles, such as an attempt to knock out a rider in the appropriations bill prohibiting the use of state money for abortions, surprisingly, these futile efforts have damaged neither her effectiveness nor her morale,” the magazine wrote at the time. “Not afraid to work with conservatives — a trait that has helped her break down prejudices but has also cost her the trust of kamikaze liberals. Has probably overcome more obstacles to reach the Ten Best than any other legislator.”

She resigned in 1977 to become the general counsel of the U.S. Department of Agriculture. From 1978 to 1981, she served as an assistant to President JimmyCarter, directing the administration’s work on women’s issues. She then became the first woman to direct the Texas Office of State-Federal Relations in 1983, a position she held for two years.

Katie Naranjo, chair of the Travis County Democratic Party, was a former student who briefly worked as Weddington’s assistant. Naranjo said while many people point to Roe v. Wade as Weddington’s legacy, she feels it was Weddington’s mentorship and teaching of students. Weddington taught law courses at UT-Austin for 28 years. She also taught at Texas Woman’s University for 19 years.

“She used to joke she never had children, but she had thousands of children in her students,” Naranjo said.

Hays, who is currently a candidate for Texas Agriculture Commissioner, said she remembers Weddington as a constant advocate for others.

“She … taught me that you always help somebody out and connect them or open the door for them,” Hays said. “That generosity of spirit is too rare these days.”

Hays said when she was the chair of the Democratic Party in Dallas County, her Republican counterpart’s wife had also been a student of Weddington’s.

“We were friendly because of that,” Hays said.

Weddington’s death comes weeks after the U.S. Supreme Court was again considering a Texas abortion law, this time one that attempts to limit abortions after cardiac activity is detected, usually around six weeks of pregnancy. The court allowed abortion providers to continue to challenge the state’s restrictions in court but did not strip the law enforcement mechanism, allowing it to remain in effect for now.

“I know there were times she was frustrated other people didn’t see the delicacy of women’s rights in the courtroom,” Naranjo said. “Ultimately, laws are written by legislatures with majority men, and court seats are majority held by men. … We talked a lot about taking the right to an abortion for granted, not just by men but by women.”

Disclosure: The University of Texas at Austin and Texas Monthly have been financial supporters of The Texas Tribune, a nonprofit, nonpartisan news organization that is funded in part by donations from members, foundations and corporate sponsors. Financial supporters play no role in the Tribune’s journalism. Find a complete list of them here.

Correction, Dec. 26, 2021: An earlier version of this story incorrectly stated Sarah Weddington’s age when she argued Roe v Wade before the U.S. Supreme Court. She was 26, not 25.