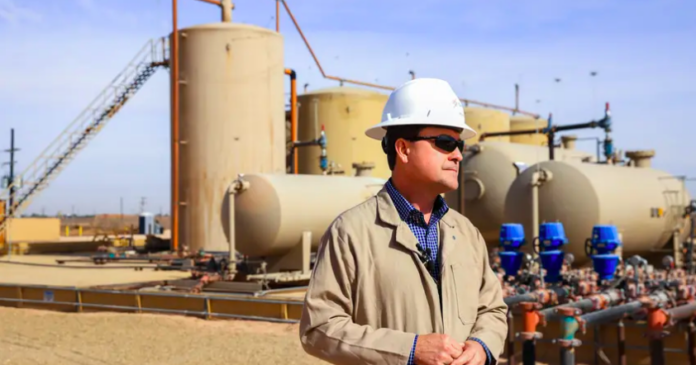 MIDLAND — Following Gov. Greg Abbott’s recent guarantee that the lights will stay on this winter, Texas energy regulators and the oil and gas industry tried to assure Texans on Wednesday that the state’s power grid is ready for colder weather.

“The ERCOT grid is stronger and more reliable than ever,” Lake said. “We are going into the winter knowing that the lights will stay on.”

The message comes 10 months after an unusually powerful winter storm left millions of Texans without power for days in subfreezing temperatures when the state’s power grid — which largely operates independently of the major grids that connect the rest of the country — experienced widespread failures. Hundreds of people died.

In Midland, the Texas Oil and Gas Association, one of the state’s most influential energy industry groups, gave reporters a tour of two oil and gas production sites and Todd Staples, the group’s president, said he’s optimistic about the shape of the power grid going into this winter.

“I feel very confident that operators … and our partners on the electric generation units and local distribution companies are all working together in a much more collaborative fashion,” Staples said. “All designed to improve and protect the lives of Texans.”

Staples and the oil and gas producers said they did not make significant upgrades to the way they prepare their infrastructure for the cold after February’s storm. They said they have been preparing their sites for cold weather for years.

Instead, they focused on changes aimed at ensuring that electricity transmission companies keep power flowing to gas production facilities in extreme weather. Staples said oil and gas companies were not previously required by the state to fill out paperwork that would have designated their infrastructure as critical — which would have alerted transmission companies to keep electricity flowing to their production sites even during an emergency.

As widespread freezing temperatures and skyrocketing demand increased strain on the grid, power transmission utilities were ordered by ERCOT to preemptively cut power to homes and businesses to avoid a total collapse. But that, in some cases, shut off the fuel supply for power plants.

“Keeping the power on is the best winterization tool we have,” Staples said.

The Railroad Commission of Texas, which regulates the state’s massive oil and gas industry, last week finalized a new rule that will ensure gas producers likely won’t get their electricity cut off during a future “energy emergency” such as a winter storm.

But the agency has not yet crafted weatherization rules for the industry.

A committee created by lawmakers in the spring has until September 2022 to identify and map the state’s natural gas infrastructure. Then, the Railroad Commission will draft its weatherization rules.

Meanwhile, Texas electricity regulators said they will inspect more than 300 power generation facilities this month to confirm weatherization upgrades have been made.

The Public Utility Commission on Wednesday said eight companies failed to file winter weather readiness reports by a Dec. 1 deadline. The 13 generation facilities belonging to those eight companies make up less than 1% of the state’s total power generation, the agency said. The companies can appeal the violations.

The PUC also recently tried to ensure companies don’t have to pay exorbitant prices for power during a weather emergency. February’s storm was one of the most expensive disasters in state history because of spikes in wholesale power prices and natural gas prices. Electricity regulators set power prices at the maximum rate — $9,000 per megawatt-hour — for several days in hopes that market dynamics would encourage more electricity to be supplied.

As winter approaches, climate experts say while it’s always possible that another severe winter storm could occur, it’s unlikely at the moment. The current configuration of the polar vortex is quite strong, trapping cold air far north. At the same time, La Niña conditions have continued this winter, which generally means mild conditions in Texas, and climate change has increased average temperatures across the globe.

“It doesn’t mean [a severe winter storm] can’t happen again,” said Jason Furtado, an associate professor in the School of Meteorology at the University of Oklahoma. “It’s just that there are a couple of things working against that.”