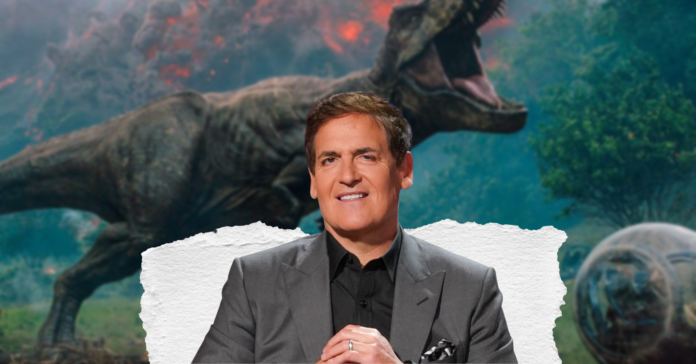 On the Drew Barrymore show, Cuban said he wishes to add huge Jurassic Park-like figures everywhere. According to MySA, the idea came after he invested in Dino Don from Shark Tank. Dino Don is a robotic, life-sized dinosaur business.

“He makes the animatronic dinosaurs, these huge dinosaurs that look and sound real,” Cuban told Barrymore. “…We haven’t worked through it yet, but there’s a chance we might change Mustang, Texas to Dinosaur, Texas.”

Cuban said he purchased the 77-acre town to help the family of a friend who passed away from cancer. Even though he is the owner, he is not the mayor, that job was taken on by another friend of Cuban.

Once home to a strip club, liquor store, and a trailer park, Mustang might now be inhabited by Dinosaurs. Our own little Jurassic Park in Texas, wild.