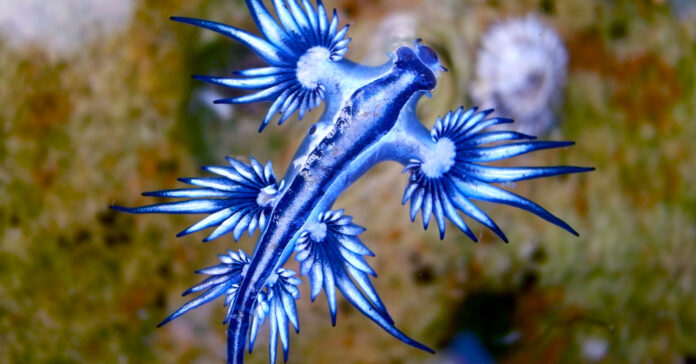 The sea slugs might be pretty and rare, but beware, they are venomous and can be extremely dangerous, according to Jace Tunell, a marine biologist and director of the Mission-Aransas Reserve.

Blue dragons feed on man o’ wars, a type of venomous jellyfish, and suck in some of the poison from the jellyfish before releasing it onto anything it feels threatened by, as reported by The San Antonio Express-News.

Tunnel recommends not picking up or touching any of the blue dragons because their stings do hurt. And if you turn out to be allergic you’ll have to call 911 or go to the hospital immediately.

Other species that were found on the shore were storm snails and blue buttons, which are both harmless and fine to pick up, according to Tunnell.