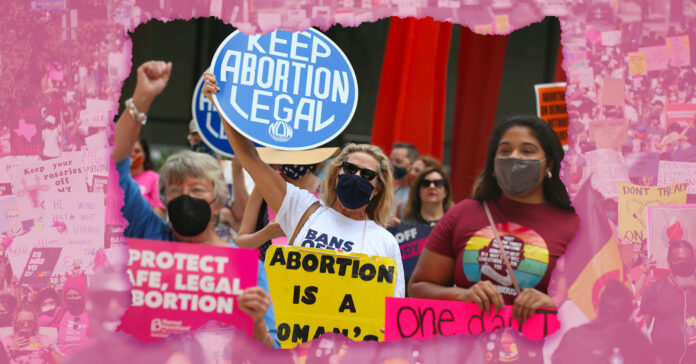 As per usual, anti-abortion activists seek the most extremist measures. For them passing Senate Bill 8, wasn’t enough. Now, they have targeted abortion funds in Texas.

However, two abortion funds are fighting back, and have filed their own lawsuits as a legal counter.

Last week, the Lilith Fund and Texas Equal Access Fund announced via a press release that they had filed state and federal lawsuits against two private individuals in Texas and two organizations based outside the state seeking to enforce SB8 – which has now been in place for more than six months.

According to Texas Signal, they are suing the Thomas More Society and the America First Legal Foundation (AFLF).

Earlier this year, AFLF filed investigatory depositions against two employees of the Lilith Fund and TEA Fund arguing that they had helped individuals obtain abortions when SB 8 had a temporary injunction.

The Texas abortion ban – the most extreme in the country – has cut off access to abortion in a state of more than 29 million people. Since the ban took effect, nearly 1,400 Texans have scrambled to get out of the state seeking help.

“We are yet again being forced to protect the work we do and show up for Texans who need abortions and the people who love them,” said Amanda Beatriz Williams, the executive director of Lilith Fund, in a statement. “We won’t be harassed or intimidated out of serving our community, in the courts or anywhere else.”

On Twitter, Republican state Rep. Matt Schaefer responded to TEA’s Fund-A-Thon announcement with a “friendly reminder” that anybody who donates to an abortion fund like TEA fund can be sued under SB 8.

To which several people thanked him for advertising the fund and replied with screenshots of the donations they made to TEA in Schaefer’s honor.