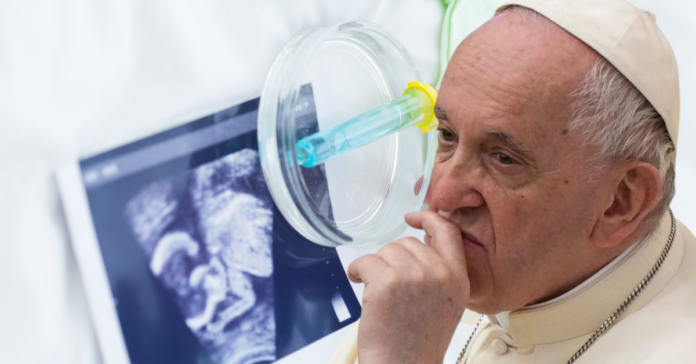 This week the U.S. Supreme Court’s leaked draft opinion showing its intentions to overturn Roe v. Wade, bringing to question other laws about individual autonomy that could be influenced by the dangerous precedent this case is setting.

If Roe v. Wade were to get overturned, would other reproductive rights be affected? For example, in vitro fertilization?

IVF is a reproductive technology that brings about new life in a petri dish. It collects mature eggs from ovaries that are fertilized by sperm in a lab. Then the fertilized egg (embryo) or eggs (embryos) are transferred to a uterus. Thousands of families have relied on this kind of technology for years in order to build a family.

The controversial side of IVF is that it brings several embryos into existence, but only one is implanted in the womb, the rest might be discarded or used for future experiments. If life begins at conception, is it considered a sin to destroy a fertilized egg?  According to the Catholic Church, it is. The destruction of embryos is condemned as an evil on par with abortion and euthanasia.

Even Pope Francis – despite his liberalism – has been unwavering on the subject.

“We are living in a time of experimentation with life. But a bad experiment. Making children rather than accepting them as a gift, as I said. Playing with life. Be careful because this is a sin against the Creator,” said Francis, in 2014 shortly after he was elected to his position.

Stating that: “Our creator endowed us with the right to life, and yet millions of children lose their right to life every year because of abortion.” Which aligns perfectly with the Catholic Church’s beliefs that “since the first century the Church has affirmed the moral evil of every procured abortion. This teaching has not changed and remains unchangeable.”

Most Republican-led states would make abortion illegal if Roe v. Wade is overturned. Many of them might also start to go after other human rights laws.

In the U.S. IVF is a common practice that has helped millions with infertility problems. According to official data from the Centers for Disease Control and Prevention, 33% of Americans have turned to fertility treatments or know someone who has.

The demand for IVF has more than doubled in the last decade. Approximately 2.1% of all infants born in the United States every year are conceived using IVF. Just in 2019, there were more than 161,944 births.

The states with the largest numbers of fertility clinics were California (72), New York (43), and Texas (42).

Meanwhile many conservative politicians who position themselves as champions of religious liberty, are celebrating the leaked drafts’ implications.

Lt. Gov. Dan Patrick released a statement stating that if Roe v. Wade was to be overturned; it would be a “great day for life.”

“We are steadfastly a pro-life state and have made tremendous efforts to support women in their decision to choose life,” Patrick continues. “Texas has led the way to protect innocent life in the womb, and we will continue to do so moving forward in the Texas Senate.”

Texas Attorney General Ken Paxton said in a tweet that he hoped the U.S. Supreme Court would return “the question of abortion [to] where it belongs: the states.”

“I’ll [continue] to ensure that TX protects the unborn & pray for the end of abortion across our nation,” he added.State Rep. Jeff Leach, R-Plano, tweeted: “If Roe v Wade is overturned – & I pray it is – may we Christians rise to the moment. Standing for innocent life.”