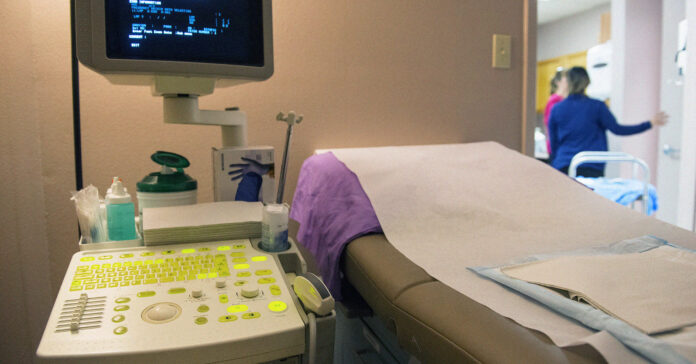 You know the old joke about dogs who chase cars and what happens when they catch them? Many conservatives are learning that lesson when it comes to the realities of living by their “pro-life” ideals in a post-Roe world.

CNN shared the grim story of Marble Falls couple Cade and Kailee DeSapain, a typical young Republican pair who held firm anti-abortion beliefs their whole lives just like their parents and grandparents before them. Married right out of college, the couple started trying to have a family when devastating complications began to come up. Kaileee suffered several miscarriages before finally carrying a fetus that looked like it would finally survive.

Then the ultrasound came back. Their hoped for little boy, preemptively named Finley, had deformities of the respiratory and cardiovascular system that were incompatible with life outside the womb. There was no hope for his survival, but by the time of DeSpain’s diagnosis, abortion was all but illegal in the state of Texas thanks to laws triggered by the overturning of the constitutional right to abortion. She was forced to go to New Mexico to receive the healthcare she needed.

The DeSpain’s story is mirrored in state houses across the country. It turns out, many Republican lawmakers have been playing a long game of make-believe when it comes to reproductive healthcare and abortion. The “pro-life” movement has consistently treated cases like the DeSpain’s, as well as exceptions for rape and incest, as a liberal myth meant to portray killing babies in a positive light rather than stark, medical reality.

This can best be seen by the laws many states passed while Roe was still the law of the land. Amelia Thomson-DeVeaux at FiveThirtyEight crunched some numbers and found that of the 23 states which had passed pre-20 week abortion bans, 17 of them made no exception for rape or incest. Since the laws stood little to no chance of actually going into effect because of Roe, it was a consequence-free way for Republicans to show off pro-life bonafides.

In South Carolina, a new abortion ban recently stalled in the state legislature. The cause was aggressive pushback over exceptions, with some Republicans wanting none and others hearkening to cries of constituents for mercy. Now that such laws can effectively end abortion, the reality of many situations cannot be denied.

In Texas, vague wording meant to appease the pro-life base has left many doctors and patients unclear of whether fetuses that are a danger to the mother, such as the DeSpain’s, can be legally removed. Doctors refuse to do so, afraid for steep penalties. Patients, some with delicate ectopic pregnancies that risk rupturing on long car rides, take their chance with neighboring states. The cost of the “pro-life” rhetoric is coming due now that its adherents are being made to live by it.