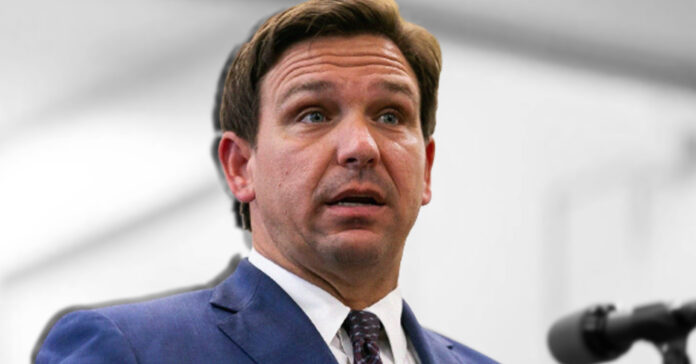 This piece was published in partnership with The Guardian.

Following Monday night’s leak of a Supreme Court draft opinion that would overrule Roe v. Wade — the 1973 case that guaranteed the right to an abortion — Republican state lawmakers are working to make sure they are ready to limit access as soon as is legally permissible.

The language of the court’s decision will likely change at least somewhat between the leaked draft version and whatever is ultimately issued when the court rules, which it is expected to do by the end of June. But its central, top-line declaration — a 5-4 majority issuing a clear, unequivocal overturning of Roe — is expected to remain.

Here is what Republican state lawmakers across the country are doing in the lead-up to the decision to assure that abortion restrictions will swiftly go into effect.

Most state legislatures have already ended their law-making sessions, or are past the point in the year where they can introduce new bills. So in many Republican-led states, lawmakers are getting ready to enforce laws that have already been passed and were then blocked by state and federal judges who had cited Roe v. Wade’s federal protections. Without those protections, the rulings could be revisited.

“Governors and state attorneys general will look at how they can get those current laws to take effect,” said Katie Glenn, government affairs counsel for Americans United for Life, a major anti-abortion lobbying group that advises state lawmakers. “If you’ve already got those laws that have been passed through the legislative process, why not seek to enforce them without having to come back?”

A law imposing new regulations on abortion clinics in Kentucky, medication abortion restrictions in Montana, and six-week abortion bans in states like Georgia, Ohio and South Carolina, are some of the restrictions that have so far been blocked by courts.

A decision overturning Roe could open up those laws to be newly enforced. But first, the state’s attorney general would have to formally ask courts to undo their decisions blocking them.

Some officials are already doing just that. On Tuesday, the day after the Supreme Court’s draft decision leaked, Ohio Gov. Mike DeWine, a Republican up for reelection this year, said he had directed the state’s attorney general to get their six-week abortion ban reinstated if Roe is overturned.

A spokesperson for South Carolina’s governor did not respond to a request for comment. Andrew Isenhour, a spokesperson for Georgia Gov. Brian Kemp, another Republican, would not directly answer whether Kemp will seek to reinstate that state’s six-week ban.

But, he told The 19th, Kemp “has been been and remains focused on defending Georgia’s strong pro-life legislation against legal challenges.”

The other piece dealing with existing policy are “trigger laws,” which would ban abortion once Roe is overturned but usually require some kind of state action — certification from the governor, the attorney general, or an independent legislative council asserting that Roe has in fact been struck down — before they can take effect. These bans cannot be enforced until the high court officially rules.

The leak has given state officials a head start to prepare briefing materials and court documents that allow them to swiftly implement these abortion bans. So far, 13 states have already passed trigger bans that could take effect after Roe is overturned.

The push for new bills in Ohio, Louisiana and beyond

Because most state legislatures are no longer in session — and because many have already passed so many kind of abortion bans — few states are looking at passing new abortion restrictions.

But the substance of the leaked decision, while unsurprising to many closely watching the courts, may be adding a level of urgency to those that are pushing new bills.

In Ohio, where the legislature meets year-round, lawmakers are weighing their own state trigger ban, which DeWine indicated he would sign.

And on Wednesday, a legislative committee in Louisiana voted favorably on a bill that previews where the abortion fight could go next: House Bill 813 would reclassify abortion as homicide and, unlike most other abortion bans, extend criminal penalties to the pregnant person.

The bill’s backers acknowledge it is likely unconstitutional under the current Roe v. Wade guidance. But without Roe, things could look very different.

But the end of Roe v. Wade — and, in many states, the likely end of legal abortion — is putting new attention on the culpability of pregnant people. A bill like Louisiana’s could deter pregnant people from leaving the state for an abortion, or from trying to terminate pregnancies without a doctor’s supervision.

“On the one hand these are states that have reasons to not punish women and pregnant people, but I think the pressure is going to increase. And once somebody else is first it may be easier for other states to follow,” Ziegler said. “I imagine there’s going to be a real debate.”

Bringing back lawmakers for special sessions

Governors do have one other tool at their disposal: calling in legislative special sessions this summer to pass specific anti-abortion laws. So far, no governors have publicly committed to doing so.

In Indiana, the state’s Republican lawmakers — who control both branches of the statehouse — have publicly urged the governor to call a special session if Roe is overturned.

The state does not yet have a trigger law, and currently allows abortions up until 20 weeks of pregnancy. But Indiana’s lawmakers have a strong record of opposing abortion rights. Per the Guttmacher Institute, which tracks abortion policy, the state has passed 55 new restrictions on the procedure in the past decade, and is expected to heavily limit or ban access once Roe is overturned.

Lawmakers in Nebraska are also warning of a possible special session once Roe is overturned. Efforts to pass a trigger law failed this past year, though the governor — who has not yet committed to calling back state legislators — said he supports such an abortion ban.

In Florida, Gov. Ron DeSantis has already planned to call the legislature back into session, but with a mandate to focus on property insurance policy. Since Monday night, though, local abortion opponents have been calling on DeSantis to add an abortion ban to the legislature’s to-do list.

Florida passed a 15-week abortion ban earlier this year, but efforts to enact a six-week ban never took off. DeSantis, who is widely believed to be planning a presidential run in 2024, has been noncommittal on whether he will pursue tighter abortion bans. And total abortion bans are less popular in Florida than in other Republican-led states, Ziegler noted.

But even if not this summer, Glenn said, Florida could emerge as a priority state for abortion opponents in the coming years, along with states like Montana, Iowa and Kansas, which have recently embraced more abortion restrictions but are not prepared to ban access once Roe is overturned. In both Iowa and Kansas, the state supreme courts have held that their constitutions protect abortion rights, but abortion opponents in both states are trying to pass amendments that would remove those protections.

“There will be those states in the middle,” she said. “And like we saw here in Florida this year, there will be much more of an opportunity for the legislative process and people in the state to weigh in.”