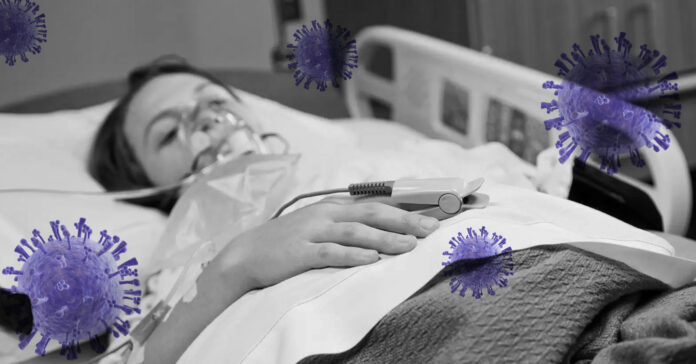 After the U.S. Supreme Court struck down constitutional protection for reproductive choice earlier this year, it banned abortion in Texas except to save the life of the pregnant person. Even then, the confusing and poorly written regulations have left doctors unsure how to legally proceed in life-or-death situations.

The latest example comes from Austin woman Amanda Zurawski, who was 18 weeks pregnant when she felt liquid running down her leg. Her cervix had weakened and dilated early, removing any hope for a live birth. Zurawski, who spent nearly two years going through fertility treatments trying to conceive, was emotionally devastated. However, her ordeal was far from over.

Though the fetus was no longer viable, Zurawski was not in immediate danger. She was told she would have to miscarry on her own. Three days later, a severe bacterial infection landed her in the ICU and nearly killed her, though it did finally allow doctors to remove the fetus. It’s unknown if the damage done by the infection has rendered Zurawski infertile.

Zurawski is only the most recent example of how the cruelly-defined anti-abortion regulations have left a trail of blood across the state. Earlier this year, a Cleburne woman, Kailee DeSpain, discovered the fetus she was carrying had triploidy, a chromosomal condition that causes severe brain defects and too small lungs. Again, there was no chance of a successful live birth. Carrying the pregnancy to term came with considerable, but not immediate, risk to DeSpain’s life, so Texas doctors would not perform an abortion. She eventually drove ten hours to New Mexico to obtain one.

Governor Greg Abbott has made some statements saying that the laws need to be clarified when it comes to medical exemptions for abortion, but so far has not promised any legislative action if re-elected to the governorship. Considering that the overturning of Roe v. Wade had been widely expected for more than a year when it happened, Abbott’s failure to address the possible ramifications of the anti-abortion laws during the many special legislative sessions he held seems like proof that the safety and health of pregnant people was not as high a priority as banning reproductive choice.

Even in cases where doctors do feel as if they have the law firmly on their side when it comes to saving a pregnant patient’s life, other medical professionals can thwart the treatment. One Texas fertility doctor writing for The Daily Beast told how a patient was diagnosed with an ectopic pregnancy. This is a condition where the fetus grows outside the uterus, such as in the fallopian tubes. Contrary to some Republican beliefs, the pregnancy cannot be moved or re-implanted. Carrying the pregnancy to term risks severe organ damage, hemorrhaging, and death. The chances of such a pregnancy producing a live baby and parent are astronomically low.

The doctor ordered methotrexate for the patient to safely abort the fetus at home. The pharmacy refused to fill the prescription.

“I got more frustrated and explicitly asked the pharmacist under what circumstance could the script be filled: When the CPT is for hemoperitoneum (a belly full of blood) is used, or when the patient is unconscious?” writes the doctor.

As of right now, it does not appear that the Texas anti-abortion law has caused any direct deaths from lack of treatment, but doctors are reporting many dangerous and unnecessary close calls. Republican refusal to deal with the medical realities of abortion and malformed pregnancies has become a game of Russian roulette. It is a statistical certainty that the trail of blood this law is leaving leads directly to a corpse.