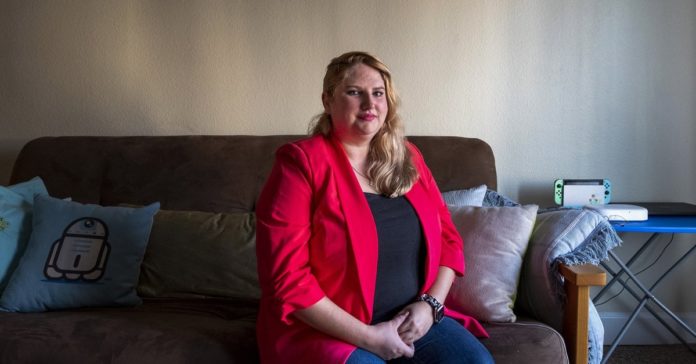 Tampons and pads are no longer contraband at the upcoming bar exam for aspiring lawyers in Texas.

Pausing a practice that critics called retrograde and discriminatory, the state’s board of law examiners said in late July that test takers will be allowed to bring feminine hygiene products in clear plastic bags with them to the grueling, multiday exam that’s needed to obtain a law license. It’s unclear if the policy will remain in place for a later exam, in February; the board’s executive director, Susan Henricks, said the board doesn’t know the “conditions” under which the test will take place due to the pandemic.

Test takers previously could not carry menstrual products into the exam. But Henricks said the items were provided and that the only intent was to “operate the examination fairly and securely, not to discriminate unfairly against any person or group.”

Sarah Riffel, an attorney from Pearland, saw the restrictions firsthand when she took the bar exam last summer. She didn’t feel well the morning of the test but thought it might be anxiety — after all, the three-day exam was the culmination of three years of law school and then several months of studying eight hours a day.

Just as the exam was going to start, though, Riffel realized it wasn’t just nerves upsetting her stomach and hurting her head. She’d started her period unexpectedly. A dash to the bathroom revealed one kind of menstrual product had been supplied — a box of super-absorbent tampons with cardboard applicators that some find uncomfortable. Over the next two days, she ran to her car at lunch and smuggled in menstrual products that she used in the building before returning to the test room.

“I felt like an outlaw at the bar exam because I needed menstrual products,” she said.

Several states have allowed test takers to carry in the items, but the Texas Board of Law Examiners, an agency of the state’s Supreme Court that administers the bar exam, was not previously among them.

Henricks said the board found that test takers were “generally satisfied” with the products supplied in women’s restrooms until this month, and that the board had made an effort to provide an assortment of sizes, brands and products. While the restriction on permitted items may sound extreme, test administrators have discovered smartphones and study materials “secreted by applicants,” she said, and limiting what can be brought in expedites the check-in process. Each session of testing lasts about four hours or less, she said.

“The administrators of this examination are primarily females, including me obviously, and we understand the need for access to feminine hygiene products,” Henricks said in a statement. They “know that the overwhelming majority of applicants have no design or intention to compromise the integrity of the examination and that these policies may be burdensome and inconvenient.”

The restriction on menstrual products has come under withering criticism across the country, spawning the hashtag #bloodybarpocalypse earlier this summer and prompting some states to alter or clarify their stance on carrying the items into the exam.

Valerie Hickman, spokesperson for the National Conference of Bar Examiners, said the organization strongly discourages the prohibitions and recently contacted each jurisdiction to “let them know.” The conference does have restrictions on what test takers can bring to the exam primarily for security reasons, she said. Ear plugs and cellphones are among the prohibited items; menstrual products are not.

Hundreds of lawyers, law professors and students recently signed a letter to the National Conference of Bar Examiners that said test takers unable to access the size and kind of menstrual product they want would be taking the test in conditions more “onerous and stressful” than for others.

“A tampon that is too large for a particular user may cause pain or discomfort — and, in fact, may be unusable. Even worse, it may make the applicant susceptible to toxic shock,” said the letter, sent in July. “A product that is too small may lead to leakages and a distracting and time-consuming mess for the applicant to deal with in the middle of the exam.”

Menstrual products might not be provided in men’s rooms, making them inaccessible to transgender or nonbinary people, the letter said.

Elizabeth Sepper, a law professor at the University of Texas at Austin who signed the letter, said the policy is “one small signal that women don’t belong in the legal profession.”

“There’s been signals like that around bathrooms for decades,” she said, including at Harvard University in the 1970s, when entrance exams were given in a building without women’s restrooms.

Marcy Karin, one of three law professors who organized the letter, said the “only possible justification” for the policy, exam security, is bogus because it’s near impossible to write a meaningful amount of information on a tampon or pad. Karin, with the University of the District of Columbia David A. Clarke School of Law, said organizers are still pushing other states to make clear that menstrual products can be admitted — some written policies don’t specify whether they are allowed — and don’t require pre-approval.

Justice Brett Busby, the state Supreme Court’s liaison with the board, said test takers should have access to menstrual products that meet their individual needs.

“I believe it is important that the Board’s policies ensure security without imposing unnecessary and unequal burdens on examinees,” he said.

Justice Eva Guzman said that “securing the bar examination’s integrity is vital, but encumbering access to personal menstrual products is not a necessary means to that end. In revisiting its test-taking policies, the Board of Law Examiners has rectified a long-standing inequity that placed an undue hardship on examinees.”

Before the policy was updated online, Guzman posted on Twitter that she had spoken to the board’s chair and that they were working to “resolve this issue.”

State Rep. Ina Minjarez, who took the bar exam 20 years ago, saw “horror stories” from menstruating test takers on Twitter and also reached out to the Board of Law Examiners.

“We should be able to use the products we want to use that make us comfortable. … How do they think we’re going to cheat? It’s a hygiene product. It’s ridiculous,” said Minjarez, a San Antonio Democrat. She thanked the board for its quick response.

Law school graduates preparing for the upcoming bar exams in Texas have already had an atypical experience. A July exam that was slated to bring 1,000-plus people into testing centers across the state was moved online and postponed to October. An in-person exam scheduled for September will be held in hotel rooms with doors open and proctors in the hallways.

If menstrual products are allowed into a large exam room for the February test, they would need to be removed from the paper or plastic packaging and placed in clear plastic bags for inspection, Henricks said.