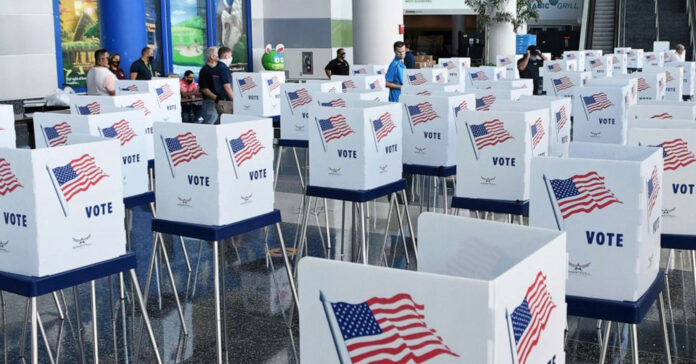 Texas legislators seem to be determined on having their voting restrictions bills passed, or at least parts of them.

When introducing HB 6 and SB 7, state lawmakers were pushing to enact major changes to state voting laws, including new restrictions on how and when voters can cast ballots. The bills would prevent a large number of largely marginalized citizens from being able to vote. Trying to disguise them as “voting security” measures did them no good, and the bills gained negative national attention.

Now, the same legislators are trying to pass pieces of HB 6 and SB 7 through other standalone bills. Some examples of those bills include:

Additionally, Rep. Briscoe Cain, the chair of the House Elections Committee made an unexpected move when he tried to replace the Senate’s priority voting bill with his own. His scheming fell short thanks to one abstention from Republican Travis Clardy and led to the bill being withdrawn, but it signals how contentious voting legislation has become.

Update 8:50 pm, April 29: The House Elections Committee passed SB 7 on a party-line vote 5-4 late Thursday night. In a committee substitute, Chairman Cain replaced the text of SB 7 with his bill, HB 6, and then proceeded without a public hearing because he argued the text of the substitute already received a hearing two weeks ago. Despite claims by Cain and Speaker Dade Phelan that the House priority voting restriction bill is very different from SB 7, they used this maneuver to move the Governor’s emergency item on election integrity faster as the session enters its final month. It also allows the two chambers to negotiate what they like in each of their omnibus voting restriction bills to send to the Governor’s desk.

Before voting it out of committee, Democrats tried to add amendments to prevent intimidation by poll watchers and voter assistants’ mistakes from being criminalized and to collect data on the disparate racial impact of penalties in SB 7 and AG investigations opened from them. All were voted down also on party lines.