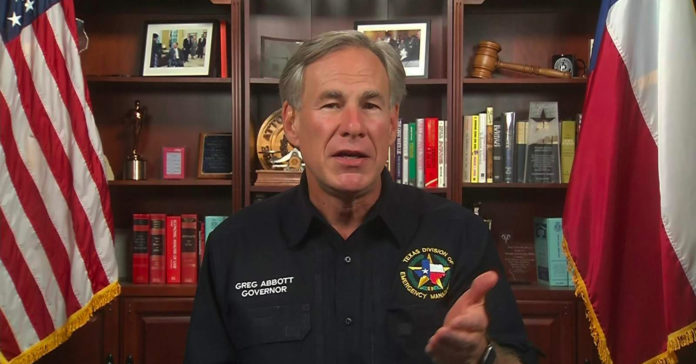 The COVID crisis isn’t even over yet, and already there is a big fight brewing over who will get to drive the wagon the next time a deadly disease comes to Texas. House Bill 3, authored by State Rep. Dustin Burrows (R-Lubbock), would split emergency powers between the governor and the legislature. The bill has unofficially passed the House, with 21 Democrats joining the Republicans. The vote has not yet been certified.

The power wielded by Governor Greg Abbott since the start of the pandemic has been a frequent subject of criticism from other Republicans. Several counties, including Hood, Denton, Harrison, and Llano, voted to censure Abbott for exceeding his authority. Many complaints were focused on the governor’s state-wide mask mandate, which remains unpopular with the right-wing.

The bipartisan passage came after a long and bloody fight on what form the final bill would take, particularly over whether the governor’s office should be allowed to make a mask mandate in the future. State Rep. Cody Vasut (R-Angleton) managed to get an amendment passed that would have put the issue only in the hands of the state legislature, meaning both the governor, mayors, and county judges would be prohibited from issuing such an order.

The amendment initially passed, but Chairman Dustin Burrows (R-Lubbock) brought the matter back up after members complained that they had not truly understood the amendment in the heat of the moment. State Reps. Rafael Anchia (D-Dallas) and Joe Moody (D-El Paso) spoke passionately about the limits the amendment would place on local governments to react to a fast-moving virus.

“A mayor or a county judge would have to wait for a legislative process to occur before trying to interdict that community spread,” Anchia said. “I think this amendment makes us far less safe…for future pandemics.”

The amendment was ultimately defeated by one vote.

The bulk of the bill is bureaucratic in nature. Primarily, it would create a Pandemic Disaster Legislative Oversight Committee made up of the lieutenant governor, the speaker, and certain committee chairs from both chambers of the Legislature. The committee would be advised by something called the Texas Epidemic Public Health Institute, which will be founded at some point in the future. The committee would definitely get a chance to weigh in on the crisis even if the legislature is out of sessions as the bill mandates that the legislature meet 120 days after a pandemic declaration is declared.

State Rep. Mike Schoefield (R-Katy) added an amendment that would prohibit the government from regulating a business’s capacity, something that was vital to the fight against the spread of the virus. State Rep. Jeff Leach (R-Texas) managed to get an amendment passed that would keep golf courses open during a pandemic.

The governor would still have significant power during a pandemic, and the bill affirms the right of the governor’s office to supersede local authorities as Abbott did with Harris County Judge Lina Hidalgo last year. However, if the bill is passed into law it would definitely throw the brakes on any long-term leadership by the state’s chief executive and make him beholden to the legislature. Whether Abbott, who is already facing significant challenges for re-election on his right flank, will sign the bill to reduce the scope of his office is unclear.