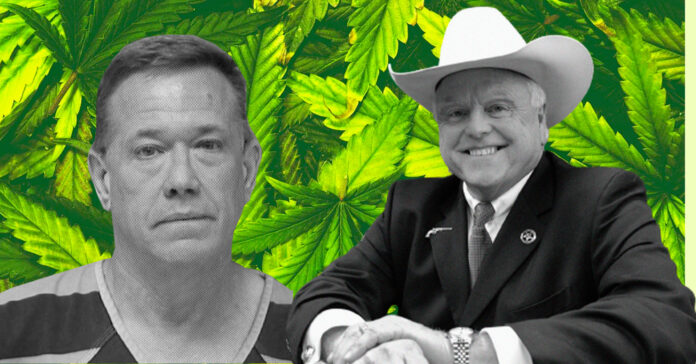 In 2019 Governor Greg Abbot signed House Bill 1325 that established an industrial hemp program legalizing the production of the plant for licensed citizens.

According to the Texas Department of Agriculture website, the one-year licenses starting at $300, authorizes the production, manufacture, retail sale, and inspection of industrial hemp crops and products through an open application that currently does not limit the number of licenses the agency can grant.

Last Thursday, However, a top consultant for Texas Agriculture Commissioner Sid Miller was arrested in Travis County for allegedly receiving money in exchange for hemp licenses, claiming there would be only 15 licenses approved statewide.

According to the arrest warrant affidavit, Todd Malcolm Smith was charged with third-degree felony theft for his alleged participation in the corruption scheme, where he’s said to have collected $55,000 which would also be used to fund campaigns.

Smith was released the next day on a $10,000 bail. The evidence that is included against him in the affidavit, shows text messages where he is planning to collect said payments from his associate.

“Todd Smith created by words and his conduct, a false impression of fact that affected the judgment of others in the transactions to obtain a hemp license and/or conduct a survey that was never attempted by Todd Smith,” the affidavit reads.

The Texas Rangers’ Public Integrity Unit, as well as Travis County District Attorney’s Office, are currently investigating the matter, as made public by the Texas Department of Public Safety on Friday.

Both Miller and Smith have a history of corruption and even hate speech scandals. In 2018 a San Antonio businessman claimed that Smith offered him an advisory board post at the Texas Department of Agriculture if he contributed to Miller’s campaign.

In 2016, the Texas Tribune reported that Miller gave an assistant commissioner position he created to his wife, Kellie Housewright-Smith, with a $180,000 salary, making her one of the highest-paid employees at the TDA.

And in 2015, as reported by the American Independent, Miller shared a photo on his Facebook page of an atomic bomb mushroom cloud with the caption, “Japan has been at peace with the U.S. since August 9, 1945. It’s time we made peace with the Muslim world.”

Even after the post was taken down after a few days, Smith, who was his campaign spokesman at the time, did not express regret over it.

“We’re not going to apologize for the posts that show up on our Facebook page” Smith, told the Texas Tribune.