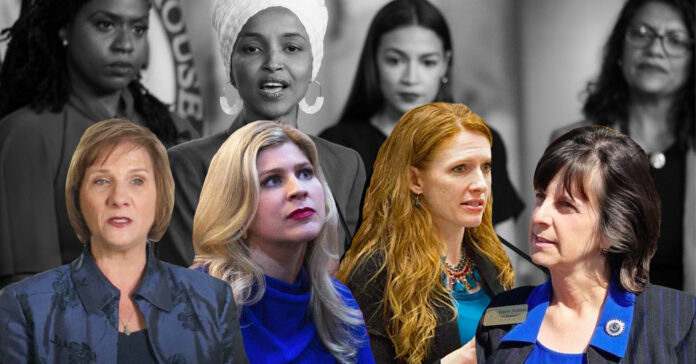 Since 2018, the national media has been enamored of The Squad, the far-left Democrats led by Alexandria Ocasio-Cortez who signaled a progressive shift in the Democratic Party.

Now, four Republican state representatives are gaining notoriety as “The Texas Squad” and are attempting to push the state even further to the right. All four were critical to passage of HB 25, the legislation that blocks transgender students from competing in public school sports in their gender identity, and they were among a group of Republican women who stood together at the dais signifying their unified support for the bill.

The state’s reputation for divisive, far-right politics is growing. Nationally, Democratic politicians are exploiting the negative views of Texas policies — especially the new abortion bounty law — and warning voters that their state will be next if they elect Republicans to higher office. “Don’t Texas Virginia,” said Vice President Kamala Harris at a recent campaign stop for Democratic candidate for Virginia governor, Terry McAuliffe.

Let’s meet the women who are pulling Texas to the right and take a look at their work in the legislature this year.

Swanson won her seat in District 150 in 2016 after a career in real estate and working with several ministries. In the 87th Legislative session, she made a name for herself as the primary antagonist of trans kids by authoring HB 25, the Save Girls Sports Act.

Swanson, a founding member of the conservative Texas Freedom Caucus, authored the bill that prohibits trans athletes from performing in sports under anything but their assigned sex at birth. The bill is widely criticized by LGBT activists, pointing out that such discrimination is both illegal and harmful as well as the fact that proponents have been unable to document any evidence of a problem. “Where is this coming from?” asked Rep. Ann Johnson, D-Houston. “Because we put on the record that there is not one case — not one case — of a trans girl taking a competitive spot from a female student in Texas.”

She is a member of the House Committee on Elections where she has pushed for what proponents call “election integrity,” but many business-minded Republicans think is bad for Texas’ image since few cases of voter fraud have been revealed, it is divisive, and it’s widely regarded as voter suppression. Rep. Swanson also enthusiastically supported a ban on businesses mandating coronavirus vaccines, also opposed by many in the business community. She even opposed Gov. Abbott’s contact tracing program early in the pandemic because she said the threat from COVID “was wildly exaggerated.” She has also been an ardent supporter of Gov. Abbott’s border wall.

Hull took office representing District 138 this year. She previously co-founded We the Parents, a group that believes child protective services needs to be abolished for meddling in the religious rights of parents, including the right not to vaccinate children attending public schools. As a legislator, Hull co-authored bills that severely restrict abortion rights. She is also a supporter of Gov. Abbott’s initiative to divert $250 million from the Texas Department of Criminal Justice to fund border wall construction, standing behind the governor during the press conference.

The representative from District 89 is in her second term. She has mostly been a rubber stamp for various Republican agendas. However, she’s authored a few notable right-wing bills, most of which have gone nowhere. She co-authored a bill to exempt churches from having to comply with quarantine measures and lockdowns, which is questionable considering how many deaths have been linked to church gatherings during the pandemic. She lists “protecting the unborn” as one of her highest priorities on her campaign website. Noble was one of three female co-authors of the six-week abortion ban back in 2019 (the remaining 54 authors were men). She has also been a vocal supporter of Gov. Abbott’s border wall in order to “fend off the tide of drugs, gangs, and human trafficking coming into Texas.”

Another first-time lawmaker is Shelby Slawson, an attorney and small business owner from central Texas who now represents District 59. Slawson is part of a new wave of conservatives who toppled incumbents in the 2020 primaries, specifically J.D. Sheffield. Backed by Governor Greg Abbott, Slawson beat Sheffield by 20 points in a run-off after having touted a platform of shutting down the border and fighting common sense efforts to slow down gun violence.

The Texas Tribune rated her among the Legislature’s most conservative members, and the most conservative of this group. She was instrumental in introducing and pushing SB 8, the Texas abortion bounty law that recently went into effect. SB 8 is one of the most restrictive abortion laws in the United States, with no exception for rape or incest. She worked on no less than 10 anti-reproductive choice bills this year alone, many with a focus on invoking law enforcement to punish people and institutions that aid in others exercising their reproductive rights. She also authored a failed attempt to put a constitutional amendment on the ballot which would have asserted abortion was not a constitutional right in Texas.