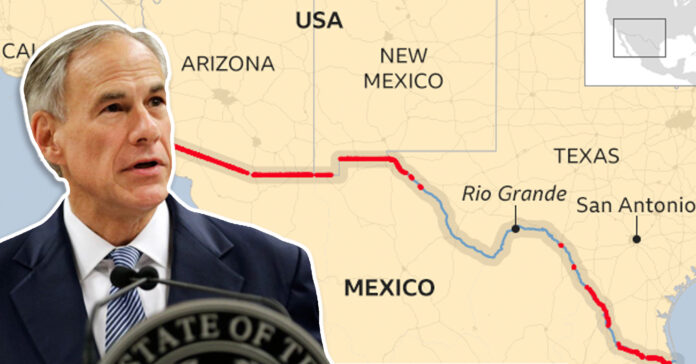 On Monday, Texas Gov. Greg Abbott attacked President Joe Biden for not concentrating on the U.S.-Mexico border, as the White House responds to Russia’s attack on Ukraine.

The Recount, a journalism platform, recently shared a video on social media of Abbott saying Biden had failed in his job, leaving Texas to do his “grunt work”.

“Over the past two weeks, there have been 15 people apprehended coming across the texas border from russia,” Abbott continued.

This isn’t the first time the Governor has shared his opinion about Biden’s border policy.

A week ago, Abbott’s campaign posted a video on Facebook where he emphasizes the irony of Biden focusing on another border that’s not his own.

According to The Star Telegram, the governor has repeatedly criticized Biden over the U.S. Mexico border, calling on the state to build a border wall and sending members of the Texas National Guard to the border.