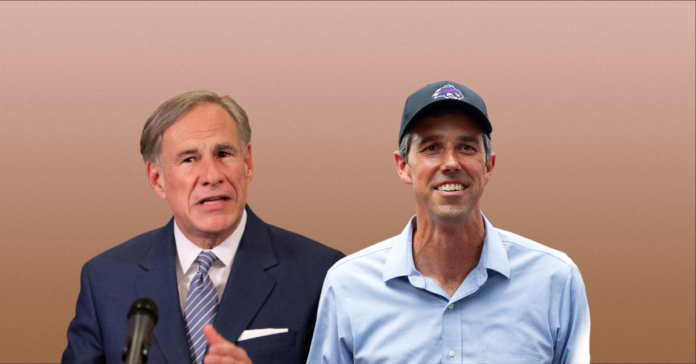 March 1 (Reuters) – Republican Texas Governor Greg Abbott will try to hold off challengers on his right flank on Tuesday to set up a likely November election against Democratic former Congressman Beto O’Rourke as the state holds the first nominating contest of the U.S. midterms.

Voters will also pick their parties’ nominees for the U.S. House of Representatives and other statewide offices in primary elections that will provide the first test of a wave of new restrictions on voting passed in response to Donald Trump’s false claims of election fraud.

The results will offer clues about the mood of American voters who decide on Nov. 8 which party will control Congress for the rest of President Joe Biden’s four-year term in office.

The voting comes the same day that Biden — struggling with low public approval and facing a major foreign policy crisis in Russia’s invasion of Ukraine — delivers his annual State of the Union address to the American people.

Midterms typically serve as a referendum on the sitting president, and Republicans are favored to win a majority in at least one of the two chambers of Congress that Democrats control by razor-thin margins. Doing so would allow them to block Biden’s legislative agenda and to launch potentially damaging investigations into his administration.

Texas’s Republican attorney general, Ken Paxton, is running for a third term, despite his pending 2015 indictment for securities fraud. Paxton has denied any wrongdoing and has been endorsed by former President Trump.

Under Texas law, if no candidate exceeds 50% of the vote, the two top vote-getters advance to a runoff election on May 24.

Republican lawmakers and Abbott muscled sweeping new voting restrictions through the state legislature last year over objections from Democrats and civil rights groups. In the past few weeks, elections officials in several counties have reported an unprecedented number of rejected mail-in ballots due to new identification requirements. Read full story

Last week, Abbott instructed state agencies to consider medical treatment for transgender adolescents as child abuse, days after Paxton issued a legal opinion to that effect. While the legal effect of the order remains unclear, transgender advocates decried the move as discriminatory and dangerous.

“Abbott has not left much room to the right of him for these competitors to gain any traction,” said James Henson, director of the Texas Politics Project at the University of Texas. “He’s had his foot on the gas pedal in a perpetual right turn.”

O’Rourke, a formidable fundraiser in his own right who ran a surprisingly strong but unsuccessful run for Senate in 2018, has taken in more than $13 million since launching his campaign in November. He reported having $6.7 million on hand as of Feb. 19.

The Democrat has attacked Abbott for his handling of the state’s power grid, which failed during a series of winter storms that killed hundreds in February 2021.

Abbott has sought to tie O’Rourke to national Democrats, including Biden, at every opportunity, pointing to statement’s from O’Rourke’s brief 2020 presidential campaign to portray him as far too liberal for Texas.

Among congressional races, Republican-backed redistricting has eliminated virtually every competitive district, but some primaries will provide early looks at how each party is navigating internal tensions.

In the 28th District in south Texas, incumbent Representative Henry Cuellar, one of the most conservative House Democrats, will face progressive Jessica Cisneros for the second time.

Either could prove vulnerable in November. Federal investigators searched Cuellar’s home recently, though Cuellar has denied any wrongdoing. Cisneros, who is closely aligned with liberals such as Representative Alexandria Ocasio-Cortez, may be susceptible to Republican attacks that she is too extreme.

Republicans have their own proxy battle in the 8th District, where House leadership has backed former Navy SEAL Morgan Luttrell. But Trump acolytes in the House favor Christian Collins, a former campaign aide to Senator Ted Cruz.

The 15th District, perhaps the most competitive seat this fall, has a crowded field for both parties after incumbent Democrat Vicente Gonzalez opted to run in a neighboring district. Republicans are hopeful they can flip the seat in November after Trump showed unexpected strength among Hispanic voters in 2020.