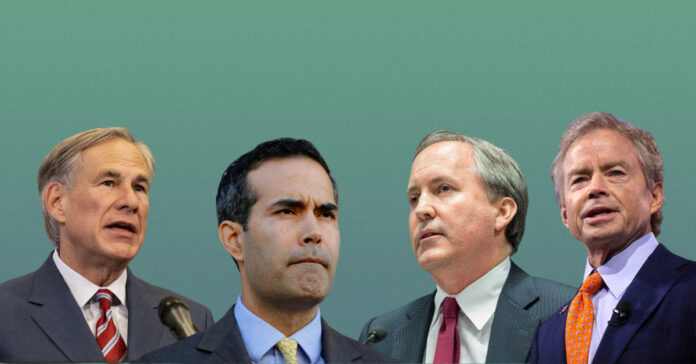 The Republican Primary for Texas Governor has been like monitoring a fever for the state. It’s far more than Greg Abbott trying to hold onto his seat ahead of a possible presidential run in 2024. Instead, it can be seen as a harbinger for far-right extremism.

Until 2020, Abbott largely enjoyed the kind of benign conservative support that most Texas Republican governors manage. While always hard-right, he was not significantly more extreme than his predecessors Rick Perry and George W. Bush. To continue the medical analogy, he was a serious condition, but still well within expected findings.

COVID changed all that. From the left end of the political spectrum, Abbott seemed like he was barely doing anything to protect the residents of the state, but from the right Abbott was considered a sell-out and a tyrant for instituting any restrictions at all. The Trumpian wing of the party came after him with surprising ferocity, and it left the governor open for challenge.

What emerged were two of the most extreme right politicians in modern Texas history. Former Florida representative and chair of the Texas GOP Allen West and former State Sen. Don Huffines. The former is a well-known national figure who gleefully spreads some of the wildest conspiracy theories in Republican politics, such as that food assistance for families is akin to slavery and somehow the separation of church and state is responsible for football injuries. Huffines, meanwhile, is on a weird quest to eliminate diversity training because he thinks it’s a Marxist plot, which will probably be helpful to him since his staff contains an outspoken white nationalist.

Neither of these men have ever really come close to Abbott in the polling, but it’s clear that they spooked him. Rather than trying to appeal to the middle ground in Texas, he largely responded by going on a draconian anti-social justice crusade to shore up his conservative bonafides.

The special sessions in the Texas legislature were an atrocious parade of rights restrictions and pointless marginalization of Texas residents. Not only did he peel back access to the voting polls, but he also passed the most restrictive anti-reproductive health bill in the country.

On top of that, he made attacking trans youth a top priority. He signed a law banning them from participating in sports corresponding to their gender identity, and now he has issued a terrifying order encouraging public servants to report the parents of trans children for child abuse if they follow their doctors’ recommended care.

Abbott has made his position clear. To preserve political power, he will only get more extreme. If he wins the primary, that move will have been honored. If he somehow loses, then it will be because he did not move far enough to appease an increasingly extremists Republican Party. Unless the winner is defeated by a Democrat in November, that means Texas will likely be caught in a cycle of reward-for-extremism for the next several years.