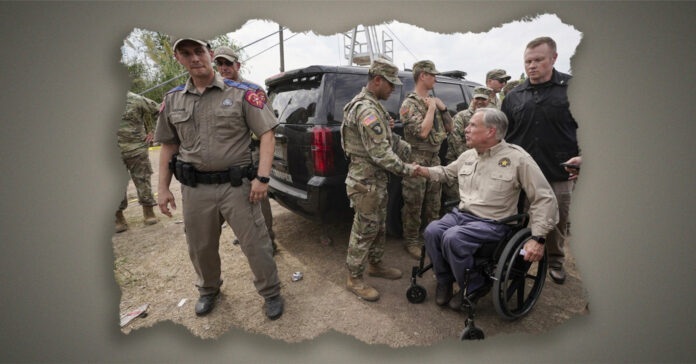 Operation Lone Star has been a fantastically expensive undertaking, and it’s likely that the mission will run out of money before the end of the year.

Governor Greg Abbott launched OLS in March of 2021, framing the deployment of Texas National Guard and other resources to the southern border as a response to President Joe Biden’s failure to secure the border. The reality is that the mission has been plagued with poor logistical support, funding issues, legal problems, lack of focus, and low troop morale. At least ten operatives have died during the operation, half from suicide. While the governor has been keen to tout OLS as a resounding success, most of the people apprehended have been asylum seekers committing misdemeanors like trespassing.

It’s also been ridiculously expensive. Since September 2021, Abbott and the state legislature have spent $4 billion on OLS, and it may not be enough. Col. Steve McCraw, director of the Department of Public Safety, said in a conference call on Tuesday that his agency will run out of money for their part soon.

“To keep the pace, the tempo that we’re doing now, there’s a point where we’ll run out of money,” he said.

The Texas National Guard has said it will need another $1.35 billion to keep troops deployed as well. A recurring problem with OLS has been paying the troops while they watch the southern border.

Some of the funding for the operation has come from Texas Republicans moving around money from other departments to keep the operation active. In January, Abbott and top Republicans in the legislature funneled $480 million from other law enforcement agencies to OLS using a disaster fund under the governor’s control.

More money came at the expense of the Texas juvenile correction system, an already-beleaguered agency that has been hemorrhaging qualified staff die to lack of funds. Abbott took another $30 million from the department to shore up shortfalls in OLS. Budget shortfalls in the juvenile system have let sexual assault and other crimes run rampant, with some members of the department predicting the entire thing could collapse from lack of support.

Thanks to a budget surplus, Texas has not been especially hard hit yet by the constant flow of money to Abbott’s border operation, but after 18 months lawmakers are starting to wonder if the operation is actually worth the money it is costing. Despite Abbott touting a spike in arrests enabled by OLS, his office has been counting apprehended suspects who have nothing to do with OLS or the border.

The one place that OLS seems to have been a resounding success has been in Abbott’s poll numbers. A recent Data for Progress poll found that immigration is the number one issue of importance to Texans, and Texans say they trust Abbott on the issue by 48 percent to challenger Beto O’Rourke’s 36 percent. The governor’s framing of OLS as a righteous fight against Democratic border policies is likely to pay off for him politically, even as the cost of the ineffective mission continues into the billions.