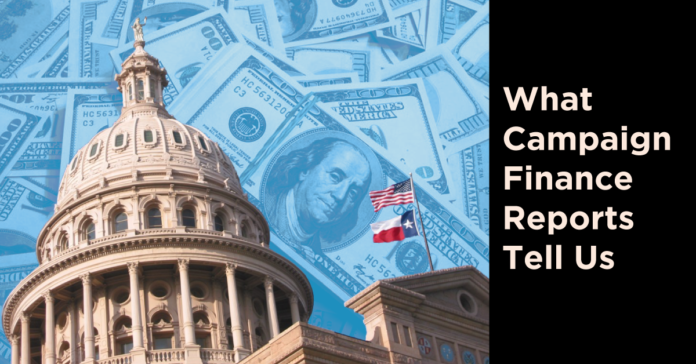 Leading the fundraising pack for HD-100 in the period between Sep. 27 and Oct. 26, is Democratic political operative Lorraine Birabil, again.

Annie’s List endorsement of Birabil included a $2,000 check and an in-kind contribution of staff travel with the campaign.

Birabil also spent the most with $42,500 in expenditures. She has $22,400 cash on hand, substantially more than any other HD-100 candidate in the race.

Perennial candidate Sandra Crenshaw reported $500 raised and $500 spent with no cash on hand.

Not all candidates in HD-100 filed their campaign finance reports.

As of 12 p.m. on Wednesday, James Armstrong had yet to file his campaign finance report.

This article will be updated if and when Armstrong releases his report. Armstrong filed his last report late and Early voting is underway and will end on Friday, Nov. 1.