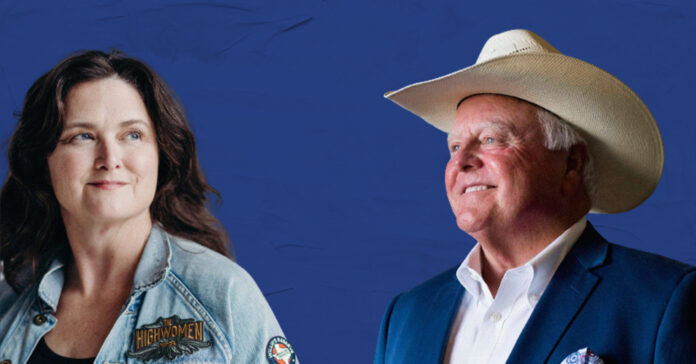 There are many ways to judge how well a political race is going before voters actually head to the polls. One of those is fundraising, and Texas Democrats are outdoing their Republican opponents.

It cannot be overstated how much money can decided an election or, to be more precise, how it correlates to a win. According to FiveThirtyEight, 90 percent of seats in the House of Representatives are won by the person who spent the most money.

The big name race is the fight between incumbent Republican Governor Gregg Abbott and former congressional representative Beto O’Rourke. While O’Rourke has trailed in the polls (though some recent ones do show him gaining ground), he has shattered fundraising records. In the most recent figures released by both campaigns this week, O’Rourke pulled in $25 million from July to September from half a million contributions. Abbott came in just slightly under $25 million, making it the second consecutive period he was out-raised. However, it should be noted that Abbott is believed to have a significant amount of cash on hand advantage over O’Rourke thanks to a war chest he started building far earlier.

Still, O’Rourke is not alone. In the open seat for Texas Land Commissioner, Democrat Jay Kieberg out raised Republican Dawn Buckingham $878,034.10 to $565,423.33, with cash on hand numbers being similar. In the Agricultural Commissioner race, long time arch conservative and incumbent Sid Miller raised less than half of what his Democratic opponent Susan Hays did in the period, though Miller has twice as much cash on hand.

The real runaway success might be Democrat Luke Warford, who is challenging Wayne Christian for the important job of Railroad Commissioner (contrary to the name, the office oversees much of the oil and gas industry in Texas). Warford has raised a shocking $378,619.15 in the last period, three times what Christian has. He also has more than twice the cash on hand. Railroad Commissioner races usually involved the very deep pockets of the oil and gas megadonors. Christian’s donor list is full of five and six digit donations from moguls, while Warford tends to draw $500 donations, making his fundraising even more impressive.

That said, money is not votes, and everyone should be careful about assuming that a big pile of fundraising cash is a ticket to victory. Texans especially should be wary because one of the great political science experiments involving money was carried out right here.

During the 2006 gubernatorial campaign, former Governor Rick Perry agreed to be the guinea pig in a study about ad buys, targeting $2 million of his budget marketing in specific areas to see how much it affected his eventual vote totals. The study showed that advertisements had only a small and usually temporary effect on voter preferences.

Rather, it seems like big fundraising is an indication of faith and a desire for change. The fact that so many Democrats are outraising their opponents doesn’t mean their ads are swaying voters, but it might mean more voters are pledging their support in concrete, material ways. This could be good news for them in November, despite the overall poor environment for the left this election cycle.