Home Coronavirus Abbott is Trying to Lead Now, but is the Rest of Texas...
Facebook
Twitter
Email 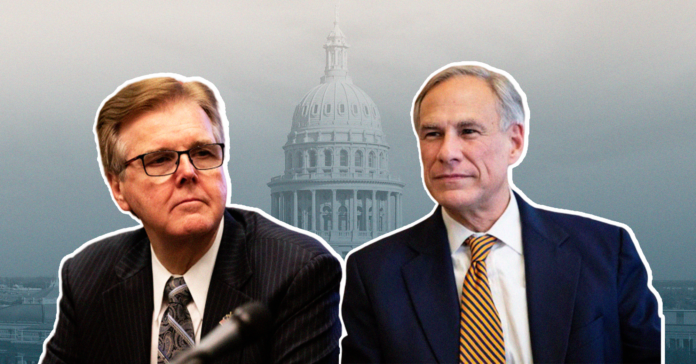 With Gov. Greg Abbott poised to announce his plan for reopening the Texas economy Friday, it is worth a look back at his leadership over the last month and the questions many have about his anticipated announcement.

In a preview of his forthcoming executive order to restart the Texas economy reported by Reform Austin, Abbott stated that “It’s not going to be a rush the gates, everybody is able to suddenly reopen all at once” situation. Instead, he said, “reopening the Texas economy will be a slow process guided by public health concerns,” and will include “a comprehensive team that will evaluate what must be done for Texas to open back up, ensuring what we are doing is consistent with the data, with medical analysis, as well as strategies about which type of businesses will be able to open up.”

The governor appears to want to lead Texas out of the coronavirus pandemic, but many believe he hasn’t led from the start.

The New York Times has described Abbott’s approach as “trying to lead without rocking the boat.” Others have characterized the governor as slow and laid back in his response.

After weeks of consistently rejecting the pleas from county officials to issue a statewide “stay-at-home” order or some type of collective action to prevent the spread of the virus, he passed the buck to elected officials across the state, encouraging county judges and mayors to lock down their cities and issue stay-at-home orders as they feel necessary.

Abbott did follow up with a stay-home order of his own, but due to his earlier deference, local officials such as Dallas County Judge Clay Jenkins — the first in the state to issue a stay-at-home order for his residents — have emerged as decisive leaders in the state’s response to the pandemic.

Now, as Abbott moves ahead with plans to reopen the state, some of those same local officials that he deferred to earlier are concerned he is moving too fast; others want him to move as fast as possible.

In a letter to the governor, the Texas House Freedom Caucus — a GOP-led group — writes,  “we respectfully ask that you loosen your statewide executive order to the greatest extent possible while giving local jurisdictions the flexibility to respond to local conditions.”

The letter also refers to COVID-19 as “the Wuhan virus.”

The Texas Medical Association issued a strongly worded rebuke to stereotyping Asian and Asian Americans, writing, “fear, misinformation, and confusion are widespread … we must use science and reason to guide us.”

“There are ways to discuss China’s role and China’s faults without creating danger for the Asian Americans who are trying to work essential jobs and care for families,” he said.

Abbott has not used the racial reference himself.

“If you ask now if we’re ready to open up today or next week, the answer is no. We haven’t reached the peak yet,” Turner said in an interview with CNN on Monday.

“We know that there’s more community spread out there, and we are expecting more deaths,” Turner added in the interview with CNN’s Poppy Harlow.

According to sources who spoke to the Quorum Report’s Scott Braddock, legislators must submit questions to Abbott’s office by 9 a.m. tomorrow. The governor isn’t planning to deal with those questions though until two hours after he makes his announcement at noon.

It is not known whether local leaders are being offered a similar opportunity to ask questions or to speak with Abbott about his plan.

With most Texans confined in their homes for almost a month now, many are eager to know when the country and state can return to business as usual and curious to know what a return “to normal” may look like within the coming weeks. It remains to be seen if Abbott will bring them answers or another set of mixed messages and nondefinitive plans from Austin.