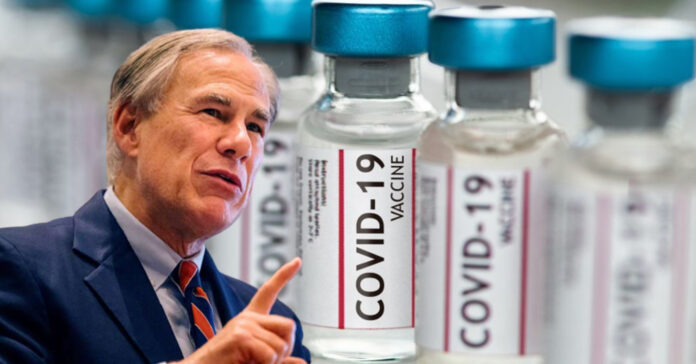 Ever since the pandemic began, Governor Greg Abbott has tried repeatedly to hamstring other government authorities, both local and federal, when it comes to COVID precautions. So far, he’s not finding much success in the courts.

The most recent ruling comes from the state’s Fifth District Court of Appeals. Judge Clay Jenkins of Dallas County filed suit against Abbott over the ban the governor put on officials issuing mask mandates in May. Jenkins cited the fact that the Delta Variant was increasing cases and deaths, and that at the time there was no vaccine available for Texas children.

“This is a recipe for exploding community transmission of the Delta Variant as it races through schools and children take it home to their families,” the filing says.

On Tuesday, the Fifth District upheld a lower court ruling that Abbott had exceeded his authority when it came to prohibiting mask mandates. Mask mandates are allowed to continue as the case makes its way to the Supreme Court.

This is the second blow against Abbott’s attempt to thwart anti-COVID measures. Abbott’s order was also supposed to keep masks from being required in Texas schools. The ban was opposed by parents, disability advocates, and school officials in a federal lawsuit. U.S. District Judge Lee Yeakel ruled earlier this month that Abbott’s ban violated the Americans With Disabilities Act and could not proceed. Attorney General Ken Paxton was ordered not to enforce the mask mandate ban, with the reasoning being that the ban was putting disabled students at a disadvantage.

“The spread of COVID-19 poses an even greater risk for children with special health needs,” Yeakel said in his ruling. “Children with certain underlying conditions who contract COVID-19 are more likely to experience severe acute biological effects and to require admission to a hospital and the hospital’s intensive-care unit.”

On Wednesday morning, the Fifth Circuit Court of Appeals has placed a temporary stay of the permanent injunction pending consideration of arguments by Texas.

The only place that Abbott has so far seen victory has been in his attempt to block the federal government from forcing employers to either vaccinate their workforce or has those who refuse to submit to weekly testing. President Joe Biden’s vaccine mandate is being administered through the Occupational Safety and Health Administration (OSHA) and goes into effect on January 4.

The order was placed on hold by the Fifth Circuit earlier this month, citing “serious constitutional concerns.” The ruling was a surprise, as legal precedent for vaccine mandates goes back almost to the founding of the Republic. A hold has been placed in the order, which the Department of Justice has been in the process of attempting to lift.

The suit was transferred to the Sixth Circuit of Appeals last week in an effort to consolidate the various challenges to the vaccine mandate and get a single, workable ruling. The DOJ is arguing that regulating the safety of businesses falls under the Commerce Clause of the Constitution, and that enforcement of the order should be allowed to proceed.

Despite the temporary victory, constitutional precedent for requiring vaccines is on the president’s side and is expected to be upheld by the Supreme Court. Should that happen, it would be yet another failure of Abbott to stand in the way of the fight against COVID.