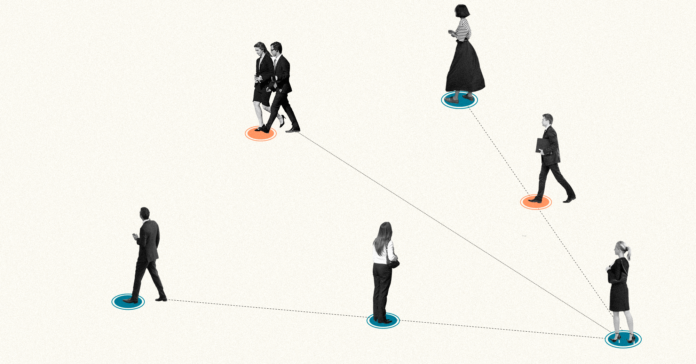 Texas awarded a $295 million contract to Frisco-based company MTX to institute a massive contact tracing program for use during the COVID-19 pandemic. Increasingly, the decision to use it has come under criticism, and there have been calls to cancel the deal all together.

The contract was part of a large plan cobbled together rapidly to respond to the state’s expanding rate of infection. MTX is supposed to use the money to hire contact tracers – some of whom still can’t find jobs despite their much-need skills – as well as to build a new call center to handle the incoming information. This contract is to run for 27 months.

Almost immediately, lawmakers started to question the deal. For one, the Texas Department of State Health Services couldn’t cite another state where MTX had actually mobilized a group of contact tracers, although it had already run coronavirus call centers in New York. Sen. Paul Bettencourt (R-Houston), a member of the Senate Finance Committee, told the Houston Chronicle that the legislature was caught off-guard by the enormous contract.

“$300 million is a big contract by any definition, and the fact that it comes through during an emergency period of time may allow it to not have any legislative review, but there’s going to be a lot of questions about it,” he said. “This is a concept that has opposition to it.”

The company has been quite cagey in responding to interviews, declining most of them, including Reform Austin’s request for comment for this story. CEO Das Nobel did speak to the Dallas Morning News recently, but he declined to give many specifics on the implementation of their project including naming subcontractors or saying how much contact tracers would be paid. Only NPower, a nonprofit that helps veterans receive technology training and which co-founder and chief marketing officer Nipa Nobel sits on the board of, has been announced as a partner. A spokesperson from NPower said it had not hired any contact tracers as of May 29.

In addition to concerns about whether MTX is actually up to the task, other critics are focusing on the issue of privacy. Obviously, contact tracing requires a great deal of knowledge about a person’s activities to be effective. The amount of private information that is being traced has made many people uneasy, and one poll found that three out of five Americans would not use an app because of these concerns despite major initiatives from the ACLU, Electronic Frontier Foundation, and tech giants like Google to ensure people’s private information is preserved.

The Texas Freedom Caucus is leading the charge to have the MTX contract canceled over these concerns. The caucus released a public statement calling for an immediate end to the project.

“Contact-tracing for deadly diseases is nothing new, but the scale that this contract allows for it is much bigger than anything we’ve ever seen in the past,” he said. “Such a massive collection and centralized storage of data on our citizens gives enormous power to whomever has access to it, and that power could largely go unchecked.”

There is also some concern that MTX is not being as forthright with the Texas public as it should be when it comes to the details of the contract. A redacted form of it was released, but Hearst Newspapers obtained the unredacted version shortly after.

Among the details originally omitted for public consumption is the fact that while MTX bid to hire up to 1,000 contact tracers, it may source over 5,000 if needed. Other pertinent information included basic operating information regarding the tracing. The TDHS did not take a position on whether this counted as proprietary information.

Another big question involves the specifics of the virtual call center, specifically where the employees who will work there will come from. With the state currently experiencing record unemployment due to the pandemic and the poor energy market, such a large project could be a godsend for out-of-work Texans. Until recently, MTX had fewer than 50 employees, most of them located in India.With major portions of the Republican Party in the state now in open revolt over the deal, it’s likely that pressure on Gov. Greg Abbott to reconsider the contract will increase. That said, Texas cannot wait forever. The number of new coronavirus cases continues to increase daily.