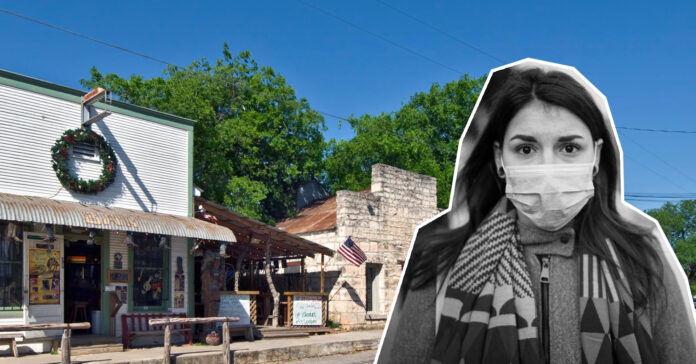 The “Don’t California my Texas” crowd is going to have a hard time making that argument once again as the Lone Star State sees a dramatic rise in COVID cases and deaths compared to other states.

The Omicron variant has proven to be highly contagious, though apparently less deadly to those who are fully vaccinated and boosted. That’s bad news for Texas, which lags behind most other states in terms of vaccination rates and far behind blue states like New York and California. As of right now, Texas has only a 56.8 percent rate of fully vaccinated residents.

Thankfully, deaths are down considerable. Texas’ death toll on December 27 was 166. California’s was less than a quarter of that, showing more evidence that the vaccinated are less likely to expire even when they catch the virus.

The statistics are even more alarming when you realize that these are raw numbers, not percentages of the population. Since Texas has only 73 percent of the population of the Golden state, we far outpace California in terms of infection density.

There’s no doubt that Omicron is a global problem that is affecting every region with more infection and greater strain on hospital systems, but Texas’ hands-off approach to many of the most effective tools when it comes to fighting the pandemic is wreaking havoc other places are not experiencing to the same degree.

For instance, California reinstituted their mask mandate on December 15 as Omicron grew in severity. Meanwhile, Governor Greg Abbott stood firm in his opposition to such mandates despite clear evidence that they are a safe and effective measure in combatting COVID. Many schools and employers are still requiring masks in defiance of the governor as cases make their way through the court system, but many are not.

California is also moving forward on vaccine mandates, particularly for health care workers. Abbott is considering a fourth special legislative session to ban vaccine mandates altogether. With little weight from the state government when it comes to promoting vaccination, it’s no wonder that dangerous misinformation is being spread.

The fact that Texas has a rapidly crumbling hospital system is not helping matters, either. Though the Biden-Harris Administration has announced $5 million to help rural health delivery in the state, it’s not going to be enough to turn around decades of neglect and decay. These rural communities are also the ones that tend to have lower vaccination rates and mask compliance, and as Omicron spreads to them the local health systems are in danger of collapse. Since 2005, Texas has lost more than double the amount of beds that California has due to hospital closures, most of the them in rural areas.

“Those rural counties where we have low vaccination rates and have lost hospital infrastructure, those I think we should be the most concerned about,” said Rebecca Fischer, an infectious disease epidemiologist at the Texas A&M University School of Public Health to the Texas Tribune.

. “The past 20 months we have seen hospitals close, we’ve seen hospitals lose their staff. … We are not in a great place with our health care infrastructure to handle another mass influx of cases.”