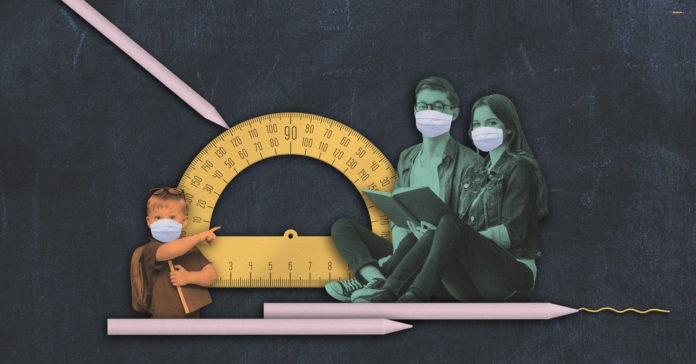 An advocacy group takes issue with the Texas Education Agency’s guidance for opening schools this fall — especially the in-person attendance requirement that is set to be in effect after an initial period that allows distance learning.

Texans for Public Education group responded to the TEA in a video.

Texans for Public Education Founder Troy Reynolds said on Monday the state has taken several good steps toward protecting students, “but a basic distrust of teachers in general and a focus on economic reopening rather than student safety undercuts those moves.”

“As the commissioner of Education has demonstrated so many times, there is a basic distrust of school districts at higher levels which prevents TEA from truly empowering districts with real local control,” Reynolds said.

“This is demonstrated in policies and procedures which contradict the actions taken to enhance student safety.  For example, after the eight-week transition period, the only reasons a campus may be excepted from providing face-to-face instruction is because they are already a full-time virtual campus operating under the Texas Virtual School Network, they close for a day because of a confirmed COVID-19 case on campus, or they are ordered closed by an entity ‘other than the local education agency’ to close.”

Reynolds said the inherent philosophy in that last statement is that elected school boards, district administrators, and teachers will not do the right thing and will close down without good reason.

“It demonstrates a distrust of local control and a desire to centralize Texas education.  That is supported by Commissioner (Mike) Morath’s repeated statements such as ‘If we do not test, they will not teach,’ and ‘Teaching without testing is just talking.’”

Testing is another area that hampers actions to enhance student safety, Reynolds said.

“Even if a student is remote, he or she will be required to come into the campus in order to take STAAR.  Mr. Morath’s justification for the increased risk to the student is that we need to know where the gaps are, and STAAR will indicate that,” Reynolds said.

The Texans for Public Education video describes potential hazards of riding school buses, not being able to social distance in school hallways or classrooms, and a lack of ability to enforce the rule that everyone 10 and older wears a mask.

The option of keeping students in the classroom and having teachers rotate to limit crowds in the hallways may sound doable, but the group contends that the transition isn’t really possible for all grade levels, such as secondary school students.

When it comes to temperature checks, the video reminds viewers that a significant portion of people with the coronavirus are asymptomatic.

The Texans for Public Education video has suggestions for school safety.

The group also suggests TEA waive the rule that says a student must be present for 90% of school time in order to gain credit.  It suggests allowing demonstrated mastery, not seat time.

Another suggestion is to fund schools based on enrollment rather than attendance. Texas is only one of seven states that fund through attendance. The group says it is time to join the rest of the country.

Also, the group suggests placing a moratorium on standardized testing for the 2020-2021 school to regain instructional time and save money which is better used for health and safety concerns during the pandemic.

“Again, the state seems to think it is better at doing the job than the actual professionals on the campuses,” Reynolds said.

“We need to be in school. No one is arguing that we should never have face-to-face instruction again,” he said. “It’s quite the opposite. Remote is not as effective as on-site instruction.  However, we are in the midst of a crisis, and whether schools in a pandemic, firefighters fighting a fire, or soldiers on the battlefield, what gets people and organizations through a crisis is trust in one another.”

“Texans for Public Education challenges the Texas Education Agency to show some trust in the teaching professionals of this state, act as a teammate and not a boss, and allow that trust to continue instituting actions which will keep students and employees alike as safe as humanly possible during this dangerous time,” Reynolds said.

The advocacy group will have a town hall hosted by Dr. Eliz Markowitz, Democratic nominee for Texas House District 28, at 6:30 p.m. Aug. 3 on Facebook.

What Happens if Texas Students Don’t Have Internet Access

Getting Online-Learning Ready With Affordable Laptops and Notebooks