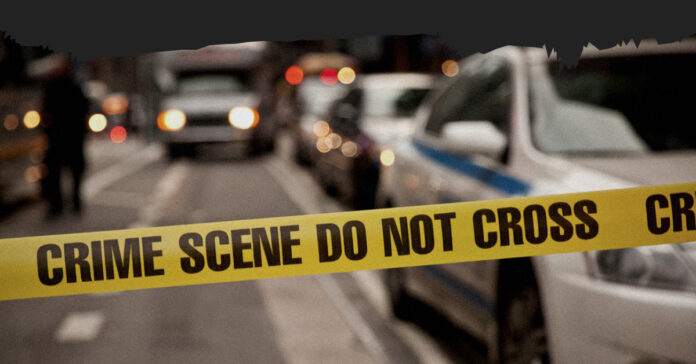 The encounter occurred in Sam’s Club in Midland, Texas, located 300 miles west of Dallas. Jose Gomez III followed the family into the store and searched for a weapon. After obtaining a serrated steak knife, Gomez located the family and began his attack.

Gomez struck the father in the head and cut him across the face. He then fled and returned with a larger, eight-inch knife, focusing his attention on the children. He approached the two and six-year-olds who were seated in a shopping cart.

He brought his blade to the six-year-old’s face, cutting him from the back of the skull to his right eye, splitting his ear. A Sam’s club employee attempted to intervene. Gomez stabbed him as well.

After being subdued, Gomez ordered the family to “get out of America.”

Gomez told authorities he had no prior experiences with the family. He mistook the southeast Asian family for being Chinese and attacked them because “they came from the country who started spreading the disease around.” He intended to “stop the threat.”

According to the Washington Post, Gomez pleaded guilty to three counts of committing a hate crime and faces a maximum sentence of life in prison and a total of $750,000 in fines.

Assistant Attorney General Kristen Clarke commented on the case: “Racially motivated hate crimes targeting the Asian American community are on the rise and have no place in our society today. All people deserve to feel safe and secure living in their communities, regardless of race, color or national origin.”

Many believe former president Donald Trump referring to COVID-19 as the “Chinese Virus” made this situation even more volatile.